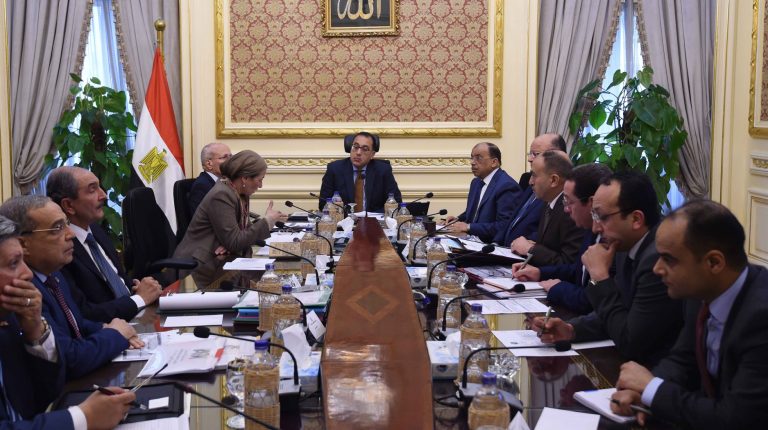 Prime Minister Mostafa Madbouly chaired on Monday a meeting to follow up the new municipal solid waste system’s progress. He stressed that the state has provided the necessary capabilities, as well as funding to governorates involved in the system.

During the meeting, Minister of Environment Yasmine Fouad gave a presentation on the measures that were taken for the implementation of the new municipal solid waste system, with regard to infrastructure, and follow-up on the contracts for collection, transport, and street cleaning in Cairo.

She also reviewed the situation regarding contracts for treatment and final disposal of waste, as well as a follow-up to the latest developments related to the study of standards for sanitary landfills. These processes are carried out by a committee formed by the ministries of environment, local development, and other concerned bodies.

For his part, Mahmoud Shaarawy, Minister of Local Development, reviewed during the meeting the programmes of the solid waste management system for 2019-2023. He explained that regarding the infrastructure development programme during 2019-2020, 15 fixed intermediate stations were established in seven governorates, and seven mobile ones in three other governorates.