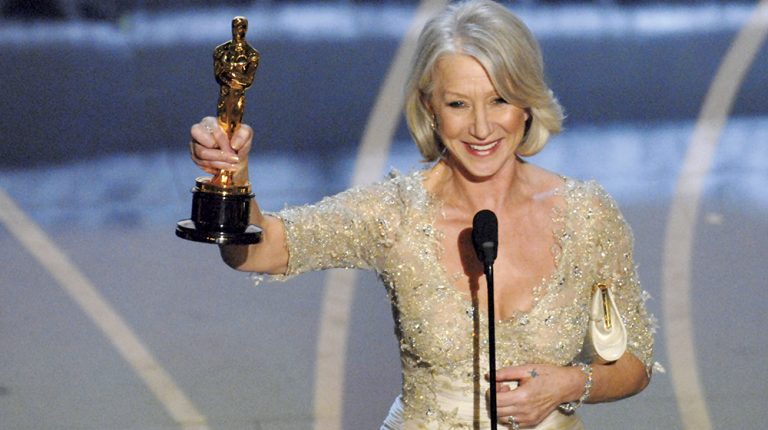 The 70th Berlin International Film Festival announced early this week honouring Oscar-winner Dame Helen Mirren with its homage and the Honorary Golden Bear for her lifetime achievement, according to the festival’s press statement.

The award will include a screening of the film, The Queen by Director Stephen Frears. Both the opening and the award ceremonies will take place from February 20 to March 1, 2020.

Not only is Mirren one of the world’s most renowned actresses, but she was also one of the youngest ever to join the famed Royal Shakespeare Company. Over the decades, her charisma and expressiveness as an actress have been amply demonstrated in a wide variety of genres.

“Helen Mirren is a strong personality whose powerful portrayals are always impressive. She surprises us time and again with her interpretation of complex characters – whether it’s Chris in Calendar Girls or Queen Elizabeth II in The Queen. Her portrayals are a paradigm of strong women, and it is our great pleasure to award her the Honorary Golden Bear for her lifetime achievement,” says Executive Director of the festival, Mariette Rissenbeek.

Among the many accolades Mirren has received, she won the 2007 Academy Award for Best Actress and Golden Globe for her performance in The Queen. In addition to many international film prizes, her stage work has also been honoured with the leading theatre tributes – the Olivier, Tony, and Drama Desk Awards. In 2003, Mirren was awarded the title of Dame Commander of the Order of the British Empire (DBE) for her services to drama.

Mirren has a unique acting style that allows her to feel at home in both British and American cinema, making it possible to work with auteur filmmakers who have clearly defined styles such as director Robert Altman or screenwriter Paul Schrader. She also took part in big US action films like RED and the Fast and Furious franchise.

After working mainly in theatre, including the Royal Shakespeare Company, Mirren’s first major film role was through Director Michael Powell’s 1969 comedy, Age of Consent. She subsequently made her mark in the 1980’s The Long Good Friday directed by John Mackenzie, playing the assertive girlfriend of a top gangster.

Her portrayal of Georgina in director Peter Greenaway’s The Cook, the Thief, His Wife & Her Lover (1989) was also legendary. Beginning in the 1990s, Mirren increasingly expanded and diversified her roles in both film and television, among which is director Robert Altman’s 2001 film, Gosford Park, screened at the 2002 Berlinale. Her flair for comedy was once again evident in Calendar Girls directed by Nigel Cole. Between 1991 and 2006, she headed up the seven instalments of the TV series, Prime Suspect as police superintendent Jane Tennison.

In the film, The Last Station (2009), directed by Michael Hoffmann, she played the main character Leo Tolstoy’s wife Sofya. She was at the Berlinale in 2015, alongside co-star Ryan Reynolds, with Woman in Gold by director Simon Curtis. She also appeared in Eye in the Sky directed by Gavin Hood and The Leisure Seeker directed by Paolo Virzì, among others.

Mirren gave another terrific performance in the thriller The Good Liar directed by director Bill Condon with actor Ian McKellen, which recently opened theatrically in Germany and will also be shown in the Homage section.

The festival will be hosted by award-winning film and stage actor Samuel Finzi.

“We’re very pleased that Finzi will be hosting the inauguration of the 70th Berlinale. His eloquence, energy, and improvisation skills promise an entertaining start to the festival,” the festival said in a statement.

According to his bio, Finzi began acting in his first theatre and cinema roles when he was studying. Early in his career, he came into contact with directors who strongly influenced the European stage and screen. In addition to his activities on all major German-language and numerous European stages, Finzi took roles in varying film and television productions, impressing viewers in terms of box office hits and independent films.

His in-depth, expressive, and almost entire immersion into human mannerisms and his effortless, yet very accurate acting, are celebrated by critics and audiences alike.

“As a European, it’s a great honour for me to be a part of one of the most important film festivals worldwide. I’m very happy about the opportunity to be part of the 2020 Berlinale on the occasion of its 70th anniversary, and a new beginning,” he commented on being chosen to host the festival’s ceremonies.