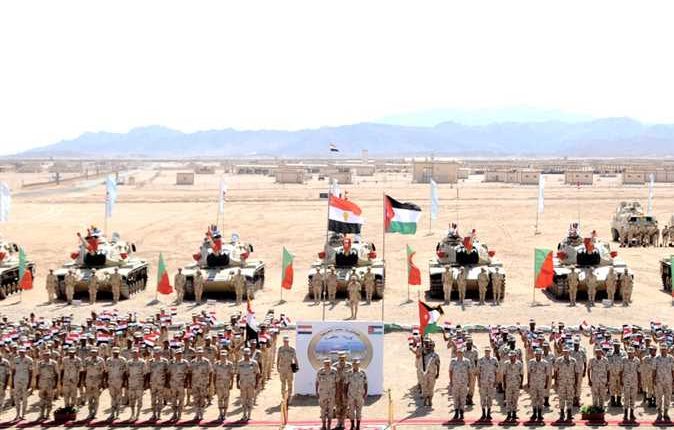 Members of the Jordanian Armed Forces arrived Wednesday in Egypt to take part in the Jordanian-Egyptian military drills, dubbed Aqaba 5, for several days.

The training comes as a part of the series of joint drills between the two countries, and will take place in the Southern Military Area and the Red Sea operations zone.

The drills include different strategies and exercises, such as reconnaissance missions, surveying, rescue missions, and boarding suspicious ships. All exercises were practiced in coordination between the two sides.

“The exercise aims at strengthening cooperation to raise their military combat capabilities and readiness of both forces to face regional challenges,” Egypt’s Armed Forces said in a statement on Facebook.

According to the statement, the drill includes the implementation of several maritime and land activities, and forces from the two countries are taking part in some wargames.

In November 2017, the Egyptian Armed Forces conducted the main stage of the joint military exercise, titled “Aqaba 3”, with its Jordanian counterpart. The exercise came within the framework of the Egyptian military’s annual training with its allies.