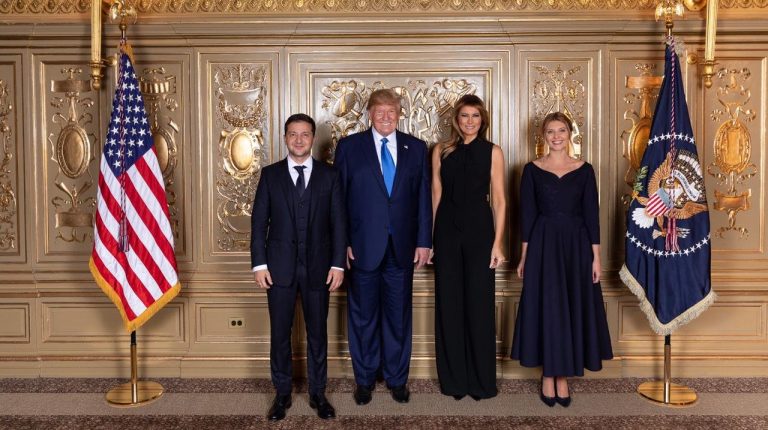 Democrats in the US House of Representatives launched a formal impeachment inquiry into Republican President Donald Trump, over accusations of seeking foreign help to smear his Democratic rival Joe Biden ahead of next year’s election, according to Reuters.

The US House of Representatives’ Speaker, Nancy Pelosi, announced the inquiry, explaining that Trump’s actions violated the US Constitution and revealed he had betrayed his oath of office, adding that “The president must be held accountable. No one is above the law.”

The inquiry claimed that Trump had pressured Ukrainian President Volodymyr Zelenskiy by withholding nearly $400 million of the US aid to Ukraine during July’s phone call, in order to force Zelenskiy to investigate Biden’s son for his involvement with a Ukrainian energy company, according to US local media.

With the Democrats representing the majority of the House of Representatives, the vote would likely be carried to impeaching Trump, but the proceedings would likely then stall in the Senate, as the president’s Republican Party holds two-thirds of seats, this will prevent Trump from being removed from office.

Commenting on the inquiry, Trump quickly portrayed himself as the victim of Democratic attacks, describing it as “presidential harassment.” In a thread of tweets, he said: “Such an important day at the United Nations, so much work and so much success, and the Democrats purposely had to ruin and demean it with more breaking news Witch Hunt garbage. So bad for our Country”

Furthermore, Trump promised to release a transcript of his phone call. Although he has confirmed that he had talked about his rival Biden during the call, he denied withholding the US aids to Ukraine to pressure the Ukrainian President. He added that Ukrainian President Volodymyr Zelensky agreed to have the call published.

Topics: Trump US US House of Representatives Volodymyr Zelenskiy

Trump administration cuts refugee cap in FY 2020 by almost half