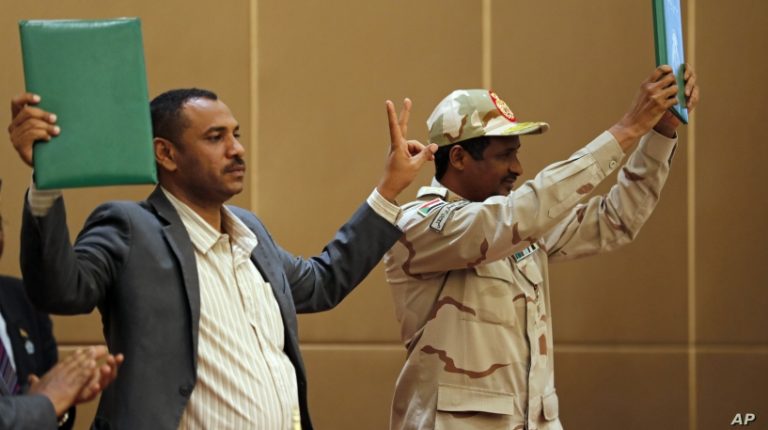 Egypt’s Prime Minister Mostafa Madbouly on Saturday attended the signing ceremony of a constitutional declaration for power-sharing between Sudan’s main opposition coalition and the ruling military council, paving the way for a three-year transitional period following the overthrow of long-time leader Omar Al-Bashir.

The military council and the main opposition alliance, known as the Forces of Freedom and Change (FFC), have been negotiating the power-sharing deal for months.

The military council is formed of seven members, led by Lieutenant General Abdel Fattah al-Burhan. Its most prominent member, however, is his deputy General Mohamed Hamdan Dagalo.

The driving force in the FFC has been the Sudanese Professionals Association, which rose to prominence coordinating the protests against Bashir. It has no leader or strict hierarchy, though top members include Mohammad Naji al-Assam and Ahmed al-Rabie.

Bashir appears in court, says he had received millions of dollars from Saudi Arabia