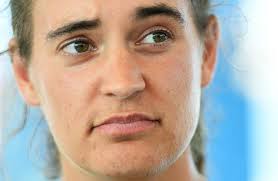 Rackete, 31, was put under house arrest after she was taken into custody early Saturday, for forcing her way into Italy’s Lampedusa port with 40 rescued migrants, the radio reported.

However, she has defended her act of “disobedience”, saying she was compelled to avert a human tragedy, according to the Italian press. She now risks up to 10 years in prison for resisting a warship.

Rackete was escorted the island of Lampedusa to a port in Sicily, where she will be transferred to the town of Agrigento to stand trial.

Prosecutors allege that Rackete deliberately rammed a border police boat blocking her path, but Rackete’s lawyers say she did not intend to harm anyone.

Moreover, a wider diplomatic dispute between Italy and Germany increased regarding the ‘Sea-Watch’ situation since Wednesday when Rackete broke the explicit ban on Italian territorial waters imposed by Italy’s interior minister Matteo Salvini. The wider dispute involves negotiations between Germany and Italy over the status of the refugees.

The ship was forced to stop a mile away from Lampedusa and remained stranded there until Friday night when Rackete broke a naval blockade to bring rescued migrants to safety after a 16-day stand-off with Italian authorities.

The migrants were allowed to disembark at Lampedusa and were taken to a reception centre as they prepared to travel to either France, Germany, Finland, Luxembourg, or Portugal.

‘Sea-Watch’ has rescued around 52 people, from a rubber boat off Libya in international waters, more than two weeks ago. But 12 of them have been evacuated to Lampedusa island in Italy, including women, children, and men for medical reasons.

Meanwhile, about 20,000 people have donated to support captain Rackete, and the donations have surpassed €550,000 in less than 24 hours on the crowdfunding platform, Leetchi, after two of Germany’s top television hosts, Jan Böhmermann and Klaas Heufer-Umlauf, created the campaign on Saturday night.

UN: ‘Sea-Watch captain should not be criminalised for rescuing lives’