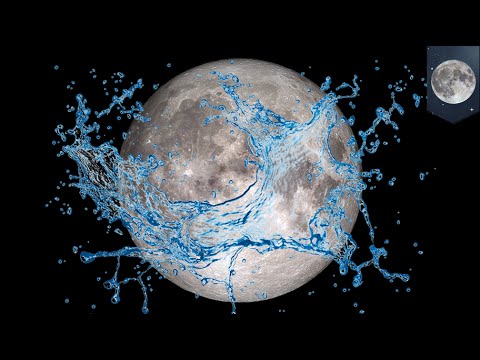 Water is being constantly released into the tenuous atmosphere of the moon by meteoroid bombardments onto the lunar surface. According to a recent study published in the Nature Geoscience, a very small amount of water is pervasive in lunar subsoil, and preserved from early on in the moon’s history.

Researchers from Maryland University in the United States have discovered that the released water is sourced from a layer of ‘regolith’ that is buried a few centimetres below the surface. We also concluded that this buried water must have been delivered a long time ago or was present during the lunar formation.

“This study is important because it helps complete our view of the global water cycle on the moon: its origin, how it is transported, recycled, or permanently lost. Finally, our findings establish how much water is available in the soil for in-situ resource utilisation by future manned or robotic lunar expeditions,” said Mehdi Benna, a planetary scientist at NASA’s Goddard Space Flight Center and the first author of the study.

The LADEE orbited the moon from October 2013 to April 2014. It also combines a thorough analysis of the data and a high-fidelity numerical modelling of the behaviour of water in the lunar exosphere.

“We started working of this LADEE dataset four years ago. It took us a while to validate and understand what those observations were telling us about the water dynamics in the lunar tenuous atmosphere,” he added.

The authors find that most of these detections coincide with 29 meteor streams during the study period. By studying the amount of water released by meteor streams of different sizes, the authors determine that the uppermost 8cm of lunar soil is dehydrated.

Below this, they calculate that water is uniformly present at concentrations up to about 0.05%. They estimate that meteorite impacting the moon cause the loss of as much as 200 tonnes of water per year.

Shooting stars: What we know and still need to find out about the Perseid meteor shower

A Christmas star without a tail

Evidence for ET is mounting daily, but not proven