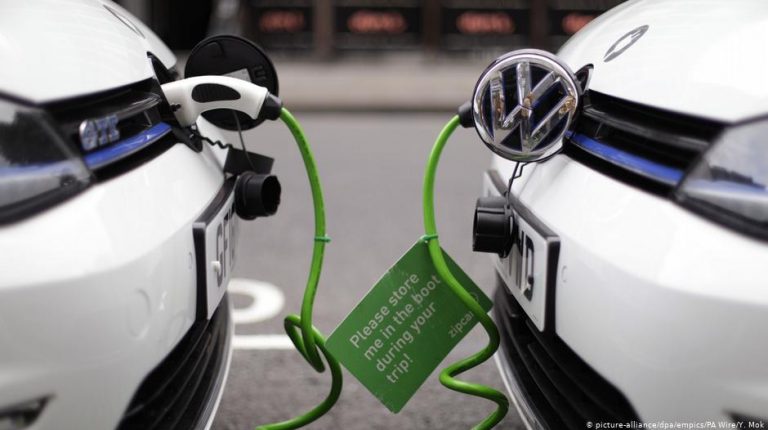 Customers face a false choice between people or the planet when buying electric cars, according to a rights watchdog. Amnesty International has called for the industry to make “radical changes” in five years.The electric vehicle industry needs to "make the world's first completely ethical battery with five years," human rights watchdog Amnesty International said on Thursday. The London-based organization accused electric automakers of failing to curb human rights abuses, including child labor, linked to the mining of key minerals needed for batteries.

"Finding effective solutions to the climate crisis is an absolute imperative, and electric cars have an important role to play in this," Amnesty International chief Kumi Naidoo said. "But without radical changes, the batteries which power green vehicles will continue to be tainted by human rights abuses."

Read more: Racing towards the unknown, but in an electric car

Electric car demand is expected to skyrocket, increasing by "more than thirtyfold by 2030," according to Bloomberg New Energy Finance. As such, demand for lithium — a key component in electronics — is expected to increase dramatically over the next decade.

But rights groups have accused electronics manufacturers and electric carmakers of failing to publicly report their products' mineral supply chains, saying the industry is often implicated in human rights abuses committed in mines, including in Argentina and the Democratic Republic of Congo (DRC).

Companies such as Apple, BMW, Daimler and Renault have published data about their supply chains since 2016. Amnesty International has called on more companies to do the same as they seek to transition the car industry into a more climate-friendly sector.

"Companies who overlook human rights concerns as they clean up their energy sources are presenting their customers with a false choice; people or planet," said Naidoo. "This approach is gravely flawed and will not deliver the sustainable changes we need to save humanity from climate devastation."