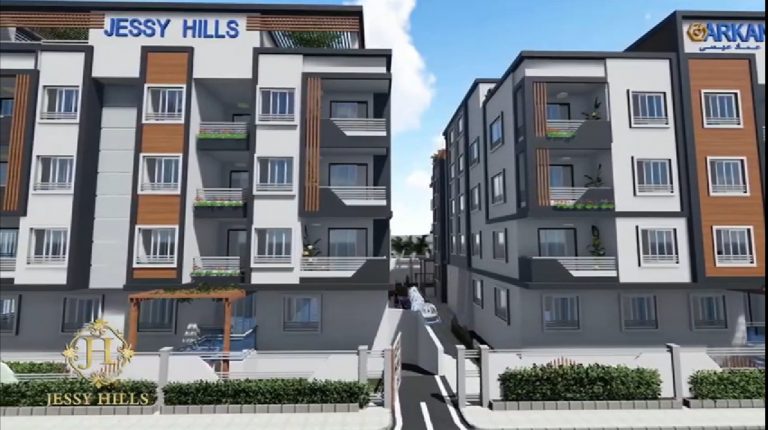 Arkan for Construction and Real Estate intends to implement a variety of residential and educational projects during the current year under the initiative of Ebneha (build it), which was launched in 2017 to provide housing units at half the cost.

During a press conference held on Saturday, the Chairperson of Arkan, Emad Essa, said that the company will launch the Jessy Hills project in the Sixth of October city with a total of 220 units, with an estimated investment of EGP 250m in the current year.

Essa added that Jessy Hills’ unit’s sizes range between 150 to 250 sqm, revealing that the company will deliver the first phase of the project within two years.

Additionally, he disclosed that the company will also implement 10 separate projects in Sixth of October, Sheikh Zayed, and New Cairo cities with a total of 100 housing units and investments of EGP 70m.

The company’s chairperson pointed out that Arkan aims to include an educational field to the initiative, where it signed a cooperation protocol with a Canadian group to manage 10 schools that will be implemented through a stock system over a period of five to seven years with a total investment estimated at EGP 2bn.

He disclosed that his company had implemented 20 separate projects so far under the Ebneha (build it) initiative with a total of 200 housing units and investment worth EGP 185m, pointing out that the initiative provided these units at prices that are about 40% less than the market price.

Essa praised the spread of initiatives that help to provide housing units at low prices than the high market prices since the liberalisation of the Egyptian pound exchange rate, stressing the need for these initiatives to be controlled and supported by the state through providing land at low prices.

Furthermore, he called on the state to tighten the supervision on the prices of building materials and activate the role of regulatory bodies and consumer protection systems to face the drop in prices, and the market manipulation.

Egypt’s real estate market is in a state of stagnation due to the large supply of housing units as well as the government’s entry as a developer besides the private sector, Essa elaborated.

He expected that Egypt’s real estate market will improve during the current year.

KarmSolar targets to conclude $100m worth of contracts by end-2018