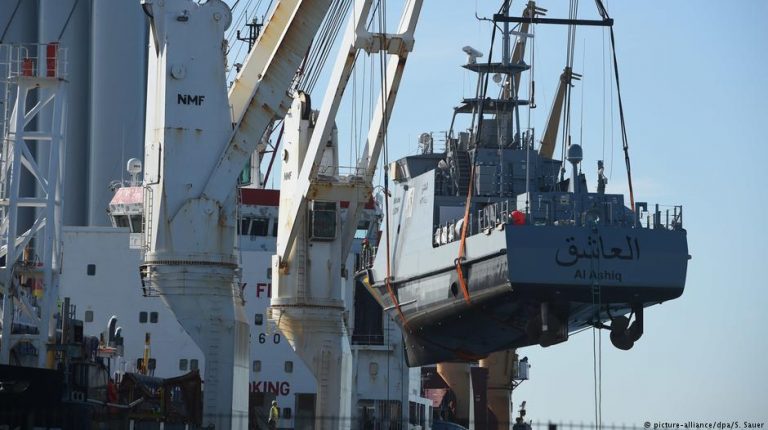 As German weapons exports dropped for a third consecutive year, a lobbyist has criticized Germany’s export policy as “unpredictable.” New figures show exports dropped sharply in 2018.Germany's weapons export policy has become "unpredictable," to the point where pan-European projects have become difficult to manage or have even been prevented, the head of the German Security and Defense Industry Association (BDSV), Hans Christoph Atzpodien, said in an interview with news agency dpa.

According to him, the defense industry was suffering as a result of "purely politically motivated issues," referring to the government's decision to first stop export licenses for future orders to countries involved in the Yemen conflict in January. This was followed byfurther restrictions being levied on existing projects after the suspected murder of Saudi journalist Jamal Khashoggi in the Saudi consulate in Istanbul.

"We're asking the government to tell us what is going to happen with these orders," he said, adding that he could well imagine "demanding compensation."

In a statement released just before Christmas, the BDSV criticized Germany's "restrictive export controls," which it sees a go-it-alone approach by Germany that jeopardizes an increasingly pan-European defense industry.

The figures, which were released at the request of Green party MP Omnid Nouripour, show that Saudi Arabia, which leads a nine-country alliance against Houthi rebels in the Yemen war, is Germany's fourth-largest customer after Algeria, the US and Australia.

Nouripour said that the German government was still exporting weapons to too many authoritarian states and conflict zones. "Despite what was announced in the government coalition agreement, the number of export licenses approved is still devastating," he said.

The BDSV represents more than 220 companies in the security, defense and aerospace sectors in Germany.