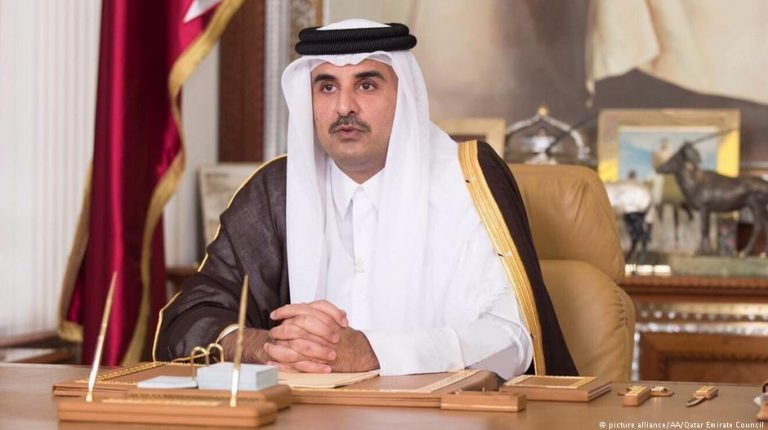 Days after the Gulf Cooperation Council (GCC) summit, Qatari Emir Tamim bin Hamad Al-Thani said in a press conference on Friday that his country is willing to sit down with Saudi Arabia for talks, on condition of lifting the boycott.

“The blockade should be lifted, and the dispute can be resolved with dialogue based on mutual respect and non-interference in the internal affairs of states,” the Qatari emir said.

He did not attend the GCC Summit, although he was invited by Saudi Arabia’s King Salman bin Abdel Aziz. The move comes a week after Qatar withdrew from the Organisation of Petroleum Exporting Countries (OPEC). The withdrawal takes effect in January 2019.

In June 2017, Saudi Arabia, Bahrain, the UAE, and Egypt imposed an economic boycott on Qatar. Saudi Arabia accused Qatar of having a close relationship with its arch rival Iran, as well as with the Muslim Brotherhood, which Saudi Arabia considers a terrorist organisation. Saudi Arabia also requested that Qatar shuts down its prominent international news channel, Al Jazeera.

Qatar has rejected all the demands.

However, the Foreign Minister of Qatar, Mohammed bin Abdel Rahman Al-Thani, said on Saturday that his country is still counting on Kuwait, and the other regional powers to help solve the dispute with the Arab quartet.

“We believe that we are more relevant as a bloc,” he told the audience in the annual Doha Forum, adding that “the GCC had no teeth.”