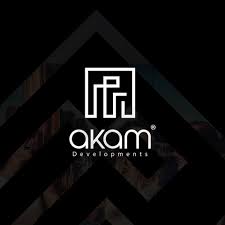 Akam Developments targets to achieve EGP 1.2bn in sales from its Scenario project at the New Administrative Capital, according to the company’s Property Consultant, Youmna Kamel.

She said that the company has completed its marketing of the project’s the first phase and offered the second phase for sale at the Next Move exhibition in October.

Kamel added the project was built on an area of 39 feddan in the R7 region of the New Capital, and includes 1,200 units with sizes ranging between 136 and 465 sqm, noting that the company plans to invest EGP 4bn in the project.

Furthermore, Kamel declared that the company has already obtained ministerial approval to develop the project, and the first phase is under construction.

The project’s marketing was divided into four phases, and Akam aims to complete the sale of its units by next March.

Akam was established in early 2018, with a paid capital of EGP 3bn. The company is owned by Al-Faisal Group of Companies, a subsidiary of Faisal Islamic Bank; Benayat Misr; Residence Development, and a group of engineering consultancy companies owned by Saudi businessperson, Saad Al-Ghaithi.

Faisal Islamic Bank intends to increase its capital by $73.36m

Déjà vu in Paris: 21st time lucky? Of course not