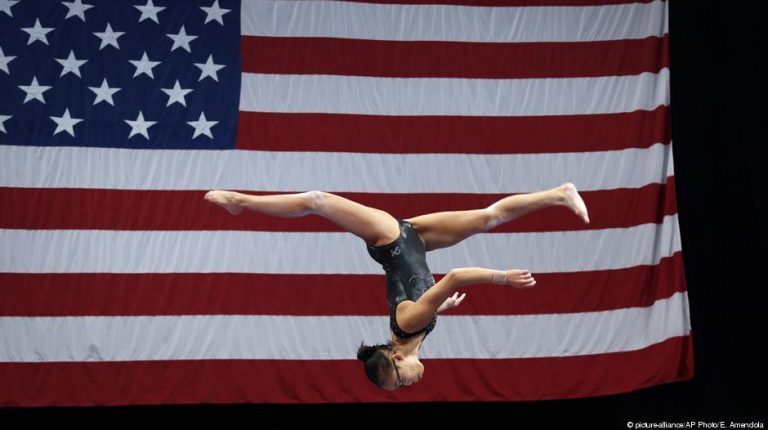 The move to decertify USA Gymnastics comes as the organization has struggled to recover from a sexual abuse scandal. The US Olympic Committee said gymnasts “deserve better.”The US Olympic Committee (USOC) has begun the process of disbanding USA Gymnastics, the organization that currently governs the sport nationwide. The USOC accused USA Gymnastics of failing to handle the aftermath of the sexual abuse scandal involving former team doctor Larry Nassar.

The move comes just days after the US gymnastics team won nine medals at the World Championships, the team's first major competition ahead of the 2020 Tokyo Summer Olympics.

Though USOC holds the power to determine which organizations can represent each sport at the Olympics, the process of decertifying an organization is usually only used under the most extreme circumstances.

Read more: One year of #MeToo: A timeline of events

In a letter to the gymnastics community, USOC CEO Sarah Hirshland said to athletes "you deserve better," and conceded that USA Gymnastics is not able to overcome the challenges it is currently facing.

"Seeking to revoke recognition is not a decision that we have come to easily, but I believe it is the right action," Hirshland said.

"In the short-term, we will work to ensure that America's gymnasts have the support necessary to excel on and off the field of play. We are building plans to do just that no matter the outcome of the revocation process," she said.

The USOC decision sends a strong signal against abuse, but also leaves a void that cannot easily be filled. There is currently no organization that can readily substitute for USA Gymnastics and its activities, which include supporting elite and Olympic athletes, selecting teams and coaches for international competitions and generally serving more than 150,000 athletes in 3,000 clubs around the country.

Rachael Denhollander, the first gymnast to accuse Nassar of abuse, welcomed the decertification.

"After overseeing the abuse of 100s of children by Larry, national coaches and club coaches, it is high time for this organization to end and a new one, truly dedicated to athlete safety, to begin," Denhollander wrote on Twitter.

But lawyers representing a number of Nassar victims, who filed lawsuits against both the governing body and the USOC, said the move was not enough.

"Today's announcement by USOC seeks only to deflect from their total failure over decades to protect the gymnasts in their care," lawyers of Olympian Tasha Schwikert and her sister, Jordan, said in a statement.

Nassar was found guilty and sentenced to 175 years in prison for sexually assaulting female gymnasts while he was the team doctor. Victims have criticized the USOC for not responding quickly and appropriately to the sex abuse cases.