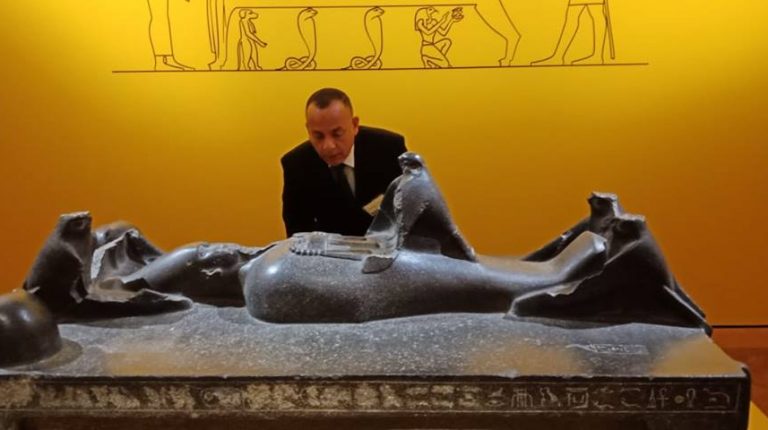 Egypt opened its latest overseas exhibition, ‘The Sunken Cities: Egypt’s charming world’, in the Minneapolis Institute of Art (Mia) in the US. Moustafa Waziri, secretary general of the Supreme Council of Antiquities (SCA), inaugurated the exhibition, which runs for the second time in the US, after it lasted for six months in Saint Louis city. The exhibition will run until April 2019.

Waziri said in his opening speech that the exhibition attracted 113,000 visitors in its first city, which is considered a “huge success”, adding that it is expected for this exhibition to attract the same number of visitors.

The exhibition displays 293 antiquities that were discovered submerged in the Mediterranean Sea, due to a severe earth quake that hit Egypt at the time. The relics belong to two main cities, located near Alexandria, that were once prominent trade centres in Egypt.

“These finds have deep scholarly significance, giving us a greater understanding of the intermingling of Egyptian and Greek politics, religion, and aesthetics, as well as ground-breaking insights on ancient secret rituals. Discovered and removed from the depths of the Mediterranean Sea, these objects transport the viewer to another time and place, with their grandeur, scale, sheer beauty, and the rich history they represent,” said Jan-Lodewijk Grootaers, curator of African art and head of Mia’s Department of Arts of Africa and the Americas, in a press release.

The exhibition includes giant statues of the goddess Isis and the sphinx, as well as relics of ancient Egyptian accessories and cooking pots.

The exhibition has been touring Europe for almost four years now. It started in France in 2015, before going on to the UK, then reaching the US, where it is planned to take place in four different states.