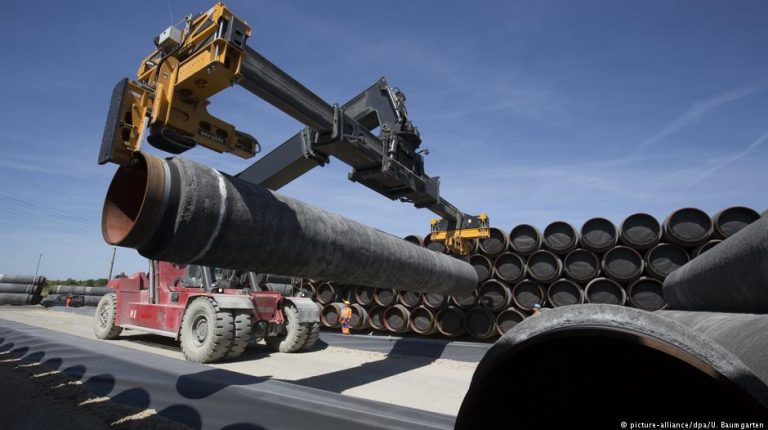 The Federation of German Industry has said it’s not bowing to increasing US pressure to drop the Russian-led Nord Stream 2 gas pipeline and buy US liquefied gas instead. The BDI adds it wouldn’t make economic sense.The Federation of German Industry (BDI) on Monday defended the controversial Nord Stream 2 project that will expand Russia’s natural gas supplies to Germany while bypassing Poland and Ukraine.

In July, US President Donald Trump accused Germany of being a “captive” of Russia due to its energy reliance and urged Berlin to halt work on the $11 billion (€9.4 billion), Russian-led gas pipeline to be built in the Baltic Sea.

“I have a big problem with a third country interfering in our energy policy,” BDI President Dieter Kempf told the German daily Süddeutsche Zeitung on Monday, adding that establishing a link between dropping the project and buying US liquefied gas instead was unacceptable.

“German industry needs Nord Stream 2 to enhance energy supply safety,” Kempf argued, saying that liquefied gas from the US was not competitive on the German market right now and would simply cost too much.

German business leaders have frequently rejected charges of their country being too dependent on Russian energy. Kempf said Germany was open to diversifying its sources, but added that purchases “would ultimately be determined on economic grounds.”

Despite the current row, US companies said earlier this month they expected to begin delivering liquefied natural gas (LNG) to Germany in four years at the latest and would challenge Russia which now accounts for 60 percent of German gas imports.

“US liquefied natural gas is coming to Germany — the question is not if, but when,” Deputy US Energy Secretary Dan Brouilette told Germany’s Bild newspaper in mid-September.