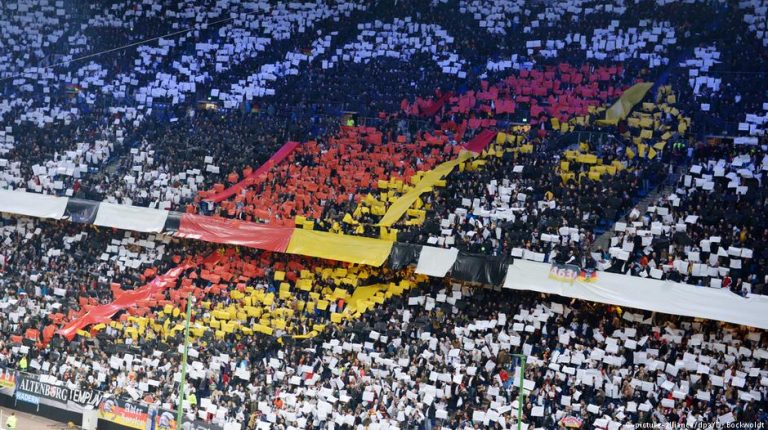 A UEFA evaluation report has given Germany the edge over Turkey in the two countries’ bids to host Euro 2024. It named human rights and accommodation among the problematic issues for Turkey.The 40-page report published this Friday on the home page of UEFA, European football’s governing body, found no major reservations about Germany’s bid to host what would be its fourth major international football tournament.

It noted that all of the stadiums that the German bid foresees using in 2024 already existed, although some upgrades would be required before the tournament kicks off. Germany also got points for its transportation infrastructure and human rights record.

“The DFB (German Football Association) bid is of high quality and comfortably meets overall expectations when it comes to political aspects, social responsibility, sustainability and human rights,” the report stated.

The Turkish bid didn’t come off as well in the report, which highlighted concerns in the areas of infrastructure, finance and human rights.

Of Turkey’s bid, the evaluation found that: “The lack of an action plan in the area of human rights is a matter of concern.”

It also expressed concern that “recent economic developments in the country may put planned public investments under pressure.”

It also said that “limited hotel capacity in many cities is a matter of concern” and that overall “the scale of works to be undertaken … constitutes a risk.”

Unlike the German bid, the Turkish Football Association (TFF) is planning to rebuild two of the existing stadiums that it foresees using in 2024, while renovating a third.

On the positive side for the Turkish bid, it noted that it had the full backing of the population and President Recep Tayyip Erdogan, while there was “widespread support” in Germany for the DFB’s bid.

“The report shows that we have taken our work of the past several months seriously and UEFA has taken note of our strengths,” said the ambassador for the German bid, former national team captain Phillipp Lahm. if Germany gets the nod, he stands tobecome the head of the organizing committee for 2024.

Germany has previously hosted the 1988 European championship, as well as the 1974 and 2006 World Cups.

The UEFA Executive Committee is to vote on September 27 to decide which country will host Euro 2024.

$2.4bn value of US investments in Egypt: Nassar