A photo of a football fan went viral showing him jumping skilfully upside down on his crutches out of sheer happiness after Egypt’s national football team scored a narrow win over Congo last October and qualified for the 2018 FIFA World Cup in Russia following over two decades of absence. This one-legged fan, dubbed ‘the dancing fan,’ is Mahmoud Abdu, 28, the founder and captain of Egypt’s first amputee football team, called the ‘Miracle Team,’ who lost one leg in an accident when he was six. Abdu is still seeking recognition in Egypt, whereas European countries seek to include the ‘Miracle Team’ to their national teams. 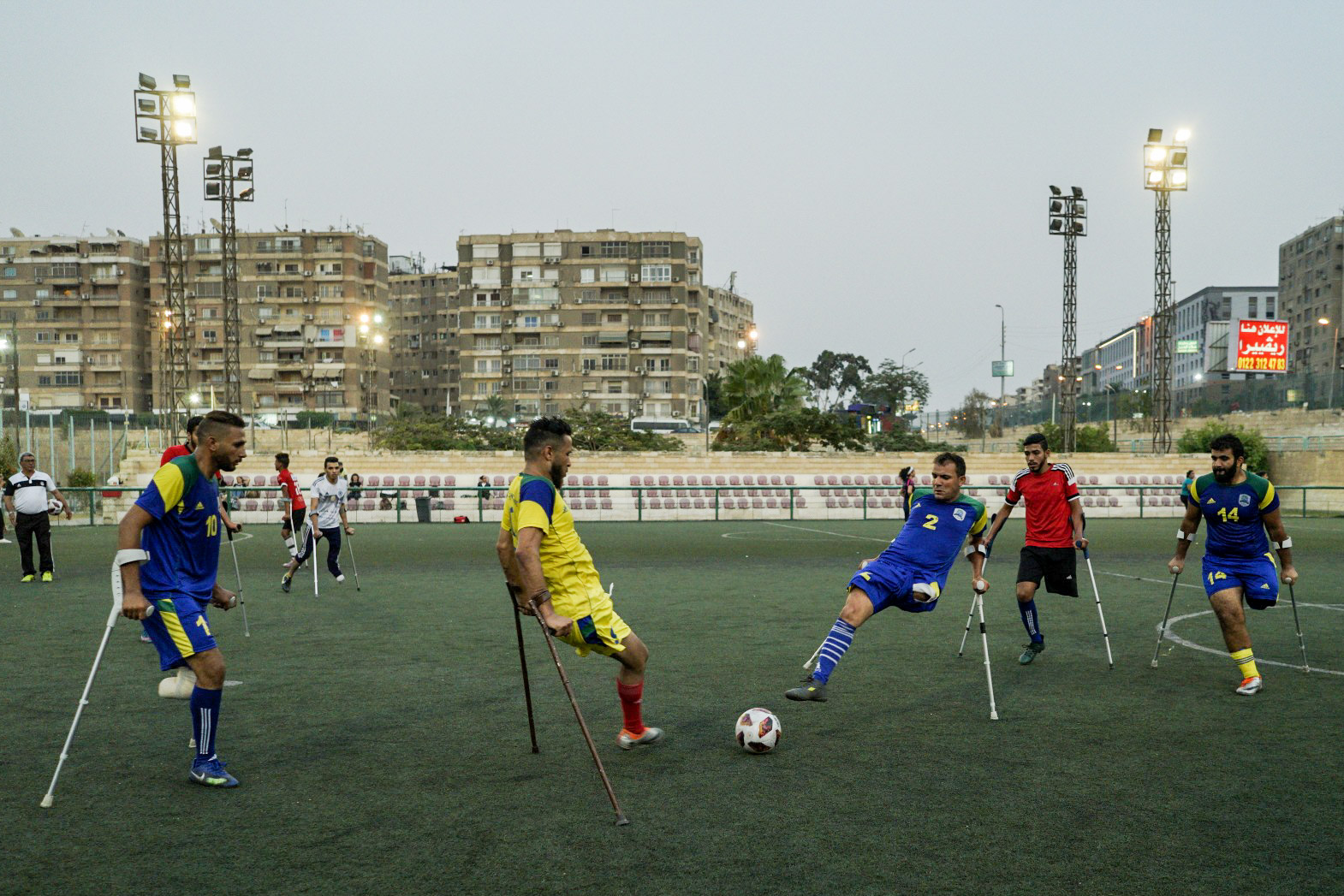 Seif Mahmoud, a goalkeeper in the ‘Miracle Team,’ spoke to Daily News Egypt about the unique experience, saying, “our team has about 60 players. No one recognises us. Recently, the Sheikh Zayed Club formed a 15-palyer amputee team composed of us and allowed all the players to train at the club’s playgrounds. However, the Egyptian Football Federation (EFA) refused to recognise us,” elaborating further, “Tharwat Sweilem, the EFA’s executive director, told us that the federation’s regulations do not allow the formation of a national amputee team because football in Egypt is for healthy people!”

“I was born with a physical defect in my right arm, but that did not prevent me from loving football. I undergo physical tests in Tersana SC and El Sekka El Hadid SC. They said I was talented, but I would rather go to clubs specialised for the disabled,” he added.

“We have a great desire to represent Egypt. Several teams, such as Greece and France, tried to give us citizenship, so that we can play for the French national team, but we refused. Many African and Arab countries, like Tanzania, Ghana, and Lebanon, have amputee national teams. We have a dream to play in the 2018 World Cup set up in October, but it seems impossible,” Mahmoud revealed.

He disclosed that the Turkish clubs Bursaspor and Osmanlıspor have made professional bids to buy a number of the Egyptian amputee players, noting that Turkey has the world’s strongest amputee football league, including 16 clubs, and they have scouts everywhere to bring the best players.

The ‘Miracle Team’ still calls on the EFA to establish a special committee for amputee football and start to address the world association to enrol the team as Egypt’s representative in amputee soccer international championships.

An amputee football team consists of seven players, six field players, and one goalkeeper. The field players are one-legged and the goalkeeper is one-armed. None of them are allowed to play with their prosthetics.

Why Dancing Is Good For Your Health