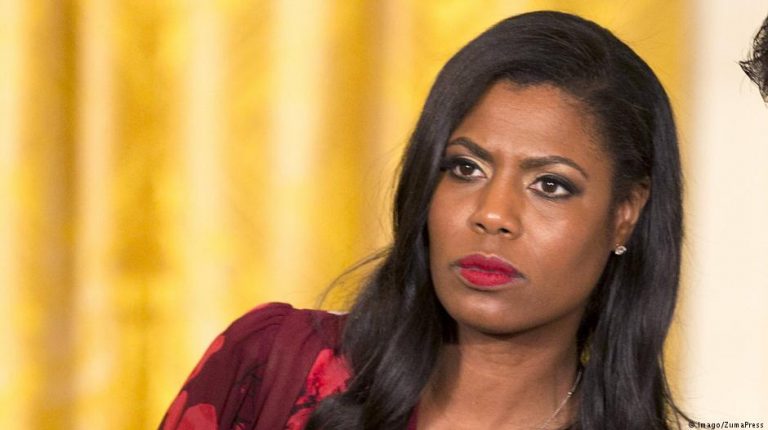 More trouble for Donald Trump — a new book by former aide Omarosa Manigault-Newman describes the US president as racist and misogynist. The former Apprentice contestant also made a secret recording of her firing.An explosive new tell-all book by US President Donald Trump’s former aide Omarosa Manigault-Newman is set to fly off the shelves after she dished the dirt on what she says are the inner workings of the White House and the Commander in Chief.

Unhinged: An Insider Account of the Trump White House describes the billionaire president as a “racist, a bigot and a misogynist,” according to British daily The Guardian, which previewed an early copy of the book.

Manigault Newman, the most prominent African-American woman in Trump’s administration until she was fired in December 2017, claims Trump used the “N-Word,” a derogatory term for black people, “several times” during the recording of the US reality TV show The Apprentice.

The 44-year-old, who met Trump when she became a contestant on the entrepreneur-themed show, also claims the then future president made disparaging remarks about women, singling out one comment targeted at the model Carol Alt, who appeared on The Celebrity Apprentice.

Revelations about Trump and team

Manigault Newman, who was paid $180,000 (€158,000) a year as Trump’s liaison with black voters, claims inside knowledge about many of the president’s senior staff.

Other concerns highlighted in the book are a lack of racial diversity among senior Trump officials, inadequate security in the executive mansion, and a culture that some White House staffers feel borders on paranoia.

Unhinged also maintains that there is now a tanning bed in the White House.

While the book alone could have been dismissed as just another account of a disgruntled ex-employee seeking to profit from her association with Trump, the 44-year-old onetime reality TV star is clearly planning to remain a thorn in Trump’s side after he brushed aside their longtime relationship, which she describes as a “betrayal.”

In the run-up to the book’s release, Manigault Newman released a recording she made of her firing, which she claims took place in the White House Situation Room, where all electronic devices are forbidden.

Trump’s Chief of Staff John Kelly is heard saying: “It’s come to my attention over the last few months that there’s been some pretty, in my opinion, significant integrity issues related to you.”

He then adds that if she makes it a “friendly departure” then she can “go on without any type of difficulty in the future relative to your reputation.”

Read more: Will Donald Trump’s star on Hollywood Walk of Fame be removed?

A recording of a phone call with Trump was also made public over the weekend where he appeared to be surprised at the ex-reality star’s firing.

Manigault Newman hinted that she was prepared to make further revelations, telling US TV network NBC that there are “absolutely” more audio files.

“There’s a lot of very corrupt things happening in the White House and I am going to blow the whistle on a lot of them.”

Some of Manigault Newman’s controversial claims have already quickly rebuffed by Trump, who tweeted over the weekend that a TV producer had assured him “there are NO TAPES of the Apprentice where I used such a terrible and disgusting word as attributed by Wacky and Deranged Omarosa.”

He went on to say that Manigault Newman “begged me for a job, tears in her eyes, I said Ok. People in the White House hated her. She was vicious, but not smart. I would rarely see her but heard really bad things.”

Her recordings are certain to reignite questions about White House security — some legal experts have warned that the former reality TV star is certain to have violated national security regulations. Her claims are also likely to prompt scrutiny from former FBI director Robert Mueller, who is carrying out an investigation into the Trump campaign’s links to Russia.

Meanwhile, several critics have pointed to Manigault-Newman’s credibility problem. She was once reported to be working on Trump rival Hillary Clinton’s pre-election campaign, before being courted by Trump’s campaign team. Following her appointment as a White House aide, several administration employees said they were unclear what exactly her role was.

In its review, the Washington Post said Unhinged doesn’t provide enough evidence for some of its most serious allegations.