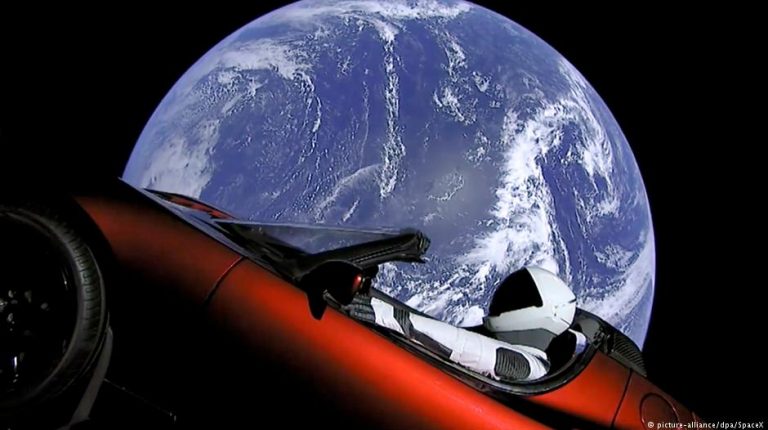 Tesla CEO Elon Musk has unveiled a main source of funding for his go-private transaction, saying Saudi Arabia’s sovereign wealth fund has been pushing him to go ahead with a plan aimed at buying out current shareholders.In a blogpost on Monday, Musk wrote that he was in talks with the Saudi Arabian sovereign wealth fund and other investors to take the electric automaker private.

The Tesla founder and chief executive said he had “no question” that the Saudis would finance such a transaction following a July 31 meeting.

“During the meeting, the Managing Director of the fund expressed regret that I had not moved forward previously on a going private transaction with them, and he strongly expressed his support for funding for Tesla at this time,” he said, adding that a deal would be structured with equity so as not to burden Tesla with “crushing debt.”

Musk last week shocked investors with his announcement on Twitter that he was looking to take Tesla private at $420 (€368) a share, valuing the company at $72 billion.

Since he provided no details on funding except that it was “secured,” US market regulators immediately asked the company to explain Musk’s claim or else face an investigation for market manipulation.

Tesla shares surged 11 percent to More than $379 after Musk’s announcement on Tuesday last week but shed most of its gains by the end of the week. In early trading on Wall Street Monday, the share climbed about 1 percent on the news to around $359.

Saudi Arabia’s Public Investment Fund (PIF) is known for its technology investments, including the $45 billion it has spent in Japan’s SoftBank Vision Fund. The Saudi’s recently bought a 5-percent stake in the e-car pioneer.

Musk said he’d first met with PIF officials in 2017 when the Saudi’s had expressed an interest in Tesla because of a need to diversify away from oil.

“They then held several additional meetings with me over the next year to reiterate this interest and to try to move forward with a going private transaction.”

The Tesla CEO also said that he had left the July 31st meeting “with no question” that the deal could be closed, which is why he had tweeted “funding secured” in his August 7 announcement.

Elon Musk estimates that about two-thirds of existing shareholders would roll over into the private Tesla and that as a result the capital required for a buyout deal would be less than the market value of company.

Read more: Will Tesla soon be ‘Made in Germany’?

Not a few analysts believe that going-private would make sense for Tesla given the carmakers problems to ramp up production of its new mass-market Model 3 sedan and the resulting stock market pressure. However, Musk’s failure to promptly file a formal disclosure has led to lawsuits from investors, accusing Tesla of fraudulently planning to squeeze short-sellers of the stock.