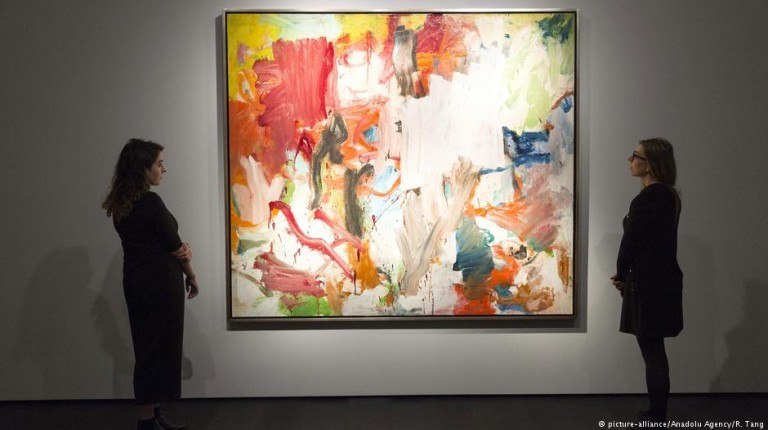 When an art dealer spent $15,000 (€12,350) on a bundle of unseen art held in a New Jersey storage locker, he never expected to find potential multi-million dollar works by the likes of abstract master Willem de Kooning.New York gallery owner David Killen believes he has uncovered six paintings by Dutch-American abstract master Willem de Kooning, which — if verified — could be worth tens of millions of dollars.

The works were part of a stash of artworks that languished in a storage locker in New Jersey until the dealer offered $15,000 for the lot.

Killen is confident that a painting by legendary Swiss modernist Paul Klee is also among the artistic flotsam.

Killen estimates the discovered works could sell for between $10,000 and $10 million when they are auctioned late this year and early the next. He is planning to unveil the paintings Tuesday at a party in New York.

The New York Post reports that Killen bought the contents of the New Jersey locker last year. The dealer thought the works might pad out his fortnightly auctions, and it was only when they were being unloaded that he saw what he believes are de Kooning paintings.

A storage unit in New Jersey

The artworks originated in the studio of Orrin Riley, a well-known art restorer who died in 1986 and left everything to his wife Susanne Schnitzer before she passed away in 2009.

After her executors in New Jersey spent years trying to find the rightful owners of the artworks, the 200 pieces were left in storage.

“Honestly all I knew was (an)other auction house passed on it, so my feeling was it was a bunch of junk,” Killen told AFP.

“It’s not about the money”

While the paintings are not signed, Killen has sought the opinion of a restorer who also believes they are genuine.

“I can see in his eyes, he’s shaking,” Killen told AFP. “He said ‘this is exactly what de Kooning was doing in the ’70s, one after the other.'”

Art conservor Lawrence Castagna says he “absolutely” believes the six oil-on-paper works to be de Koonings, but added that it’s “just my opinion.”

“I’m just blown away by the whole discovery to tell you the truth,” he told AFP.

Killen says that the promise of multi-million dollar sales is not the only bonus from the unexpected find. “I’m excited. Believe it or not — and people will laugh when they hear this — it’s not about the money. I want some publicity for my auction house,” he said.

Willem De Kooning was born in the Netherlands in 1904 and moved to the US in the late 1920s before leading an American abstract expressionist movement in the 1950s. He died in 1997 at the age of 92.