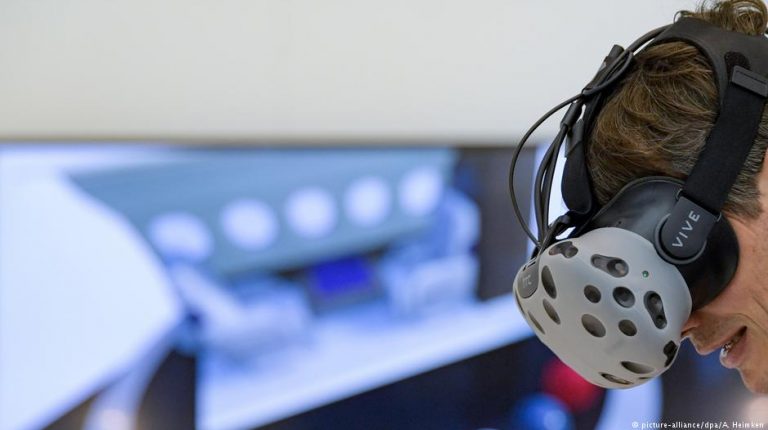 A fresh study looking at the innovativeness of 126 different countries sees Switzerland coming out on top again. Out of the top-25 creative pioneers, Israel, China and Iceland have the biggest upward momentum.In its annual global ranking of countries’ innovation levels, the 2018 Global Innovation Index (GII) has once again given its top slot to Switzerland — a position it has held since 2011. The distinction was based on the Alpine nation’s first-rate patent and intellectual property rules, its high-tech manufacturing, good universities and also because it is “among global leaders in R&D spending,” according to the country auditors who released the report in New York City on Tuesday.

Not surprisingly, all of the top-20 most innovative countries are rich economic powerhouses. Behind Switzerland in the ranking are the Netherlands, Sweden, the UK, Singapore, the US, Finland, Denmark, Germany and Ireland.

In general, South and Central America do not do well when it comes to having innovative economies: Chile was only ranked 47th, followed by Costa Rica in 54th place. Africa does even worse: Its top innovator, South Africa, only made number 58 on the list, behind the likes of non-tech superstars Mongolia, Serbia and Mexico.

Though there was some movement within the top-10 group, the same countries that made it last year were there again this year. But after that things do in fact get more interesting.

The biggest loser by a long shot was Macedonia followed by Ivory Coast, Mauritius and Bolivia.

Among the big gainers at the top of the list, Israel climbed seven points to land at spot 11 and China was up five points to end up in 17th position for the first time. When the initial GII report came out in 2007, China was ranked a much lower 29th.

China’s upward mobility cannot have gone unnoticed in Washington, especially in light of the current escalating trade tensions. On top of that America suffered a small setback since last year, losing two positions and landing at No. 6, despite being the home of high-tech behemoths like Facebook, Apple and Google.

The report places some of the blame on changes to the models used, but reassures Americans that “in absolute terms, the US remains the top contributor in key innovation inputs and outputs, including in investment in research and development, and it comes second after China in the volume of researchers, patents and scientific and technical publications.”

But coming in second place to China in any category cannot sit well with the Trump administration and in this case can only strengthen their protectionist instincts to prevent Chinese takeovers of American intellectual property.

However, China’s rise is much more profound than merely buying up creative enterprises. It “reflects a strategic direction set from the top leadership to developing world-class capacity in innovation and to moving the structural basis of the economy to more knowledge-intensive industries that rely on innovation to maintain competitive advantage,” WIPO Director General Francis Gurry said in a statement with the release of the report.

The annual ranking put together in cooperation by Cornell University, INSEAD and the World Intellectual Property Organization — an agency of the United Nations — looks at 126 economies and grades them based on their capacity for and success in innovation.

Now in its 11th year, the benchmarking tool is settling into its role as an established resource for the business and political worlds. Each report has a theme and this year’s is “Energizing the World with Innovation,” which points out the need to expand green technologies because of climate change and the expected rise in global energy demands.

The report concludes that “by 2040 the world will require up to 30 percent more energy than it needs today and conventional approaches to expanding the energy supply are unsustainable in the face of climate change.” It’s a call to big and small innovators around the world to work together for a brighter future.