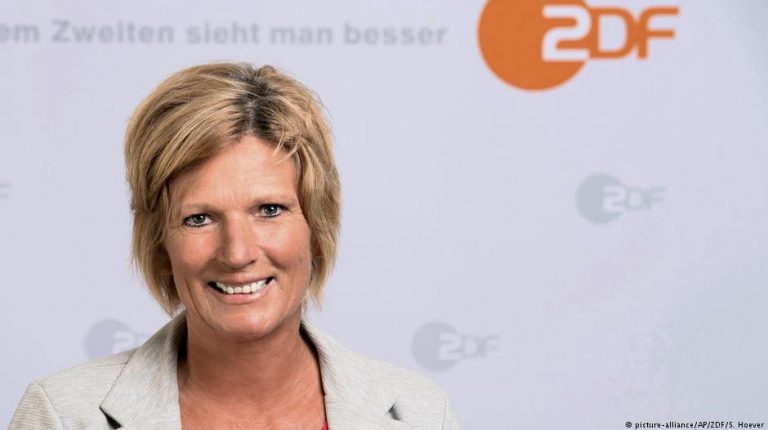 The two individuals “made extremely derogatory remarks against Claudia Neumann and ZDF,” the broadcaster’s director, Thomas Bellut, said in a statement on ZDF’s website.

The complaint concerns “libel and the public provocation to commit a criminal offense,” the broadcaster said without elaborating further on the comments in question.

“Apparently there are still some viewers who have a problem with a woman commentating on football,” Bellut said.

In its statement, ZDF said it valued Neumann’s experience, noting: “The fact that she also makes mistakes, like confusing a Japanese player, is also part of the job for male colleagues.”

The broadcaster’s sports director, Thomas Fuhrmann, said in the statement that “Claudia is doing a good job overall and what we will absolutely not accept is hate, insults and sexist remarks.”

The German Olympic and Sports Confederation and the German Association of Women Journalists had previously also come out in support of Neumann, saying in a statement that they were showing a “red card to hostilities and verbal abuse.”

Neumann has worked for ZDF since 1999 and broke ground by becoming the first female football commentator on German TV when she was tapped to cover the FIFA Women’s World Cup in 2011.

She went on to become the first woman to report a men’s football game in 2016, during the UEFA Euro tournament in France.

Her broadcast sparked a flood of sexist hate speech as well as threats on social media at the time from German sports fans who protested a women narrating men’s matches.

A poll by the news magazine Der Spiegel found that a majority of Germans widely support having a woman narrating the games.