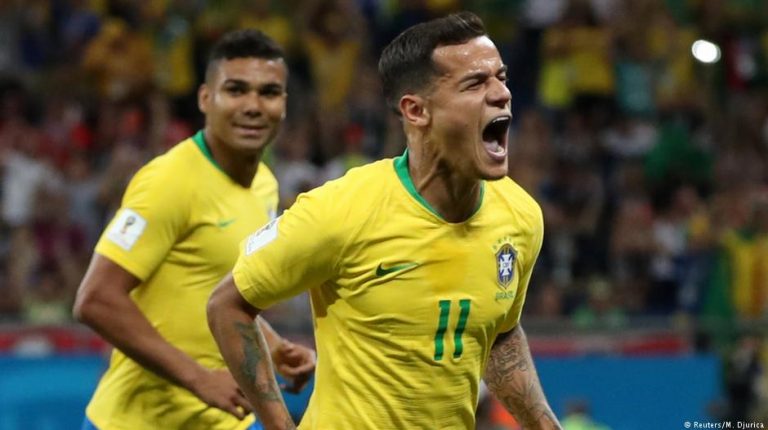 Brazil and Belgium are the headline acts as the round of 16 continues on Monday. All eyes are on Neymar as Brazil take on Mexico, but the star man for Brazil has been Philipp Coutinho.Like many of the favorites, we’re yet to see the best of Brazil at this World Cup.

Two pedestrian performances against Switzerland and Costa Rica were a stark contrast to their qualifying campaign, when they lost only once in 18 games and topped the South American group ahead of Uruguay by 10 points.

Read more: Coutinho on target as Brazil down Costa Rica

But Brazil are no strangers to the latter stages of World Cups, having qualified from the group stage of every one since 1970 and there’s a sense that they are going through the gears — and that’s bad news for Mexico. Their notable victories over Germany and South Korea marked an impressive start in Russia, but some of that momentum has ebbed away after a thoroughly disappointing 3-0 defeat by Sweden, who topped their group.

The signs are that Brazil are moving in the opposite direction. Predictably, all the attention is on Neymar, who scored against Costa Rica but has struggled to carry the team like he did four years ago.

Instead, their star man has been Philippe Coutinho. The Barcelona attacking midfielder has been the bright spark as Brazil grow into this tournament. His through ball assisted Paulinho for the opening goal in the final group game against Serbia, and goals against Switzerland and Costa Rica have been vital. Coutinho has scored or assisted six goals in seven games for Brazil in 2018, and he — rather than Neymar — is the man Mexico need to stop at the Samara Arena.

Belgium topped Group G ahead of England and their reward is a game against Japan at the Rostov Arena.

The Red Devils have been in great form so far in Russia andwere one of only three teams (the others being Croatia and Uruguay) to win all three group games. With Romelu Lukaku spearheading their attack, captain Eden Hazard in support, and a team blessed with talent all over the pitch, anything other than a Belgium win would be a big shock.

Japan shouldn’t be underestimated though, having beaten Colombia and drawn with a strong Senegal side already in this tournament.