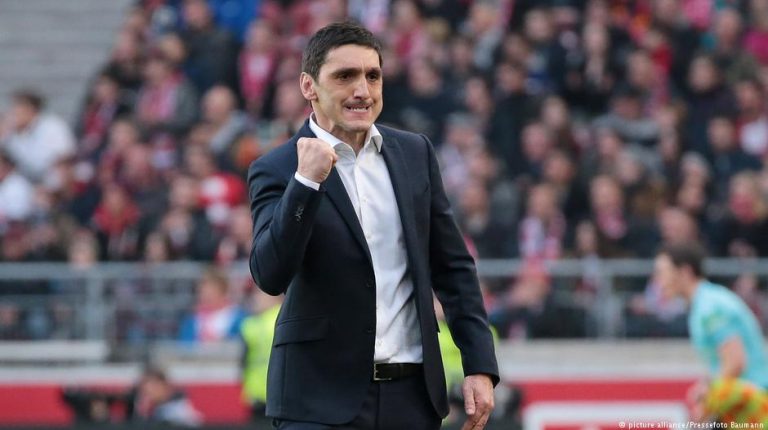 Tayfun Korkut has cemented his position as coach of Stuttgart after a successful five-month spell. The club were flirting with relegation before he guided them to the brink of Europa League qualification.Stuttgart have rewarded coach Tayfun Korkut for his fine work last season with a contract extension until June 2020.

The Bundesliga club have also extended the contracts of assistant coaches, Ilija Aracic and Steve Cherundolo, with the club announcing the news at their annual general meeting with its club members on Sunday.

“It became clear that we wanted to continue the successful path of the last few months,” Korkut said as part of the club’s official statement.

Sporting director Michael Reschke added: “We have a top coaching team with Tayfun Korkut at the top and are very happy that we have extended with him and our two assistant coaches until 2020,”

Korkut, who was born in Stuttgart, became the club’s head coach at the end of January, taking over from the sacked Hannes Wolf. Stuttgart were in 14th of 18 in the Bundesliga at the time of his appointment, but he led them to a seventh-place finish after his side won nine of their final 14 games.

The 44-year-old hadn’t experienced much success in German football before his Stuttgart tenure. Hannover sacked him in 2015 after going 13 games without a win, and he stepped down as coach of second division side Kaiserslautern after less than a year in charge. He also had a terrible run as Bayer Leverkusen’s interim coach, winning just two of his 11 Bundesliga games.

The club has been very busy in the offseason thus far. They have recruited five new players for next season — one of whom, Roberto Massimo, will be sent on loan to Arminia Bielefeld next season. Those acquisitions include former Freiburg defender and German under-21 European champion Marc-Oliver Kempf and Manchester City youth talent Pablo Maffeo.

At their AGM, Stuttgart also reported a financial loss of €13.9 million ($15.3 million) in the 2017 financial year, but club finance chief Stefan Heim said they still managed their season in the second division in 2016-17 “economically well.”