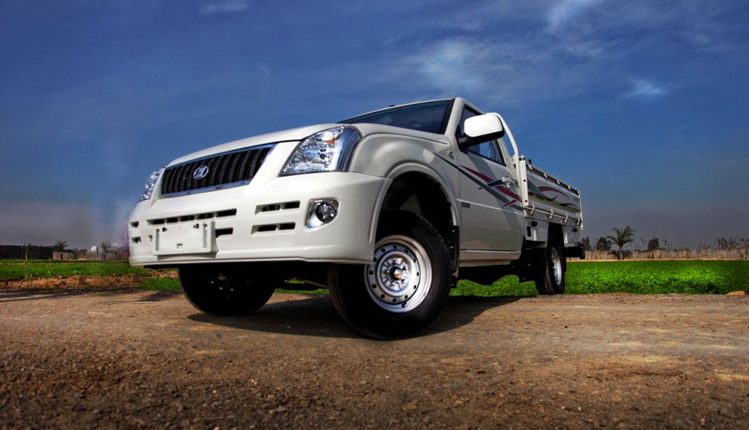 Egyptian British Automobile Manufacturing Co. (EBAM) is aiming to acquire new agency deals for minivan and pickup vehicles in Egypt and to enter the microbus market through its new vehicle, Zemex Star.

Mohamed Desouky, member of EBAM’s board, said that the company aims to acquire two new dealership rights for seven-passenger minivans and pickups, most of which to be directed for export.

He added that EBA dealt with many Chinese factories to manufacture the Zemex microbus before it settled on a certain factory to produce the vehicle according to high specifications.

Desouky pointed out that the success of Zemex in Egypt prompted the company to establish an assembly factory, especially since the government had a view of supporting local industry.

He added that the company’s share of the Egyptian pickup market reached 6% last year, and is likely to increase this year after the release of the new Zemex Star at a competitive price, at least 25% less than other models.

Desouky ruled out importing electric pickups or microbuses soon because they are not popular abroad, despite the required infrastructure being available there.

He said he expects local customers may be willing to buy electric cars in about three years, provided the state provide the suitable infrastructure.
EBAM, established in 2008, is an Egyptian joint stock company which started its activities by importing Chinese pickups.

EBAM established its assembly factory on an area of 35,000 sqm in the Fourth Industrial Zone, New Borg El-Arab, Alexandria in 2010. The factory has a major hangar built on an area of ​​10,000 sqm, including chassis and components assembly lines.

The company built two additional hangars on an area of 5,000 sqm each, in preparation to open an assembly line of Chinese vehicles in the next year or two.
Desouky said that the company’s activities are limited to assembly lines because manufacturing requires huge investments, while the local market’s sales did not exceed 110,000 cars in 2017. He noted that China produces 30m cars, Turkey 3m, and Iran 2m annually.

EBAM’s initial production amounted to 36 pickup trucks in 2010. The factory was halted during the 2011 revolution, and then gradually resumed production in July 2011 until it reached full capacity in October 2012. The company managed to assemble more than 300 cars within about three or four months.
EBAM’s car assembly reached its peak in 2013 and has maintained its regular production rate since. The factory’s production capacity is now 25,000 annually, of which 3,300 units are the Zemex brand.

Desouky pointed out that the company started a new assembly line for Zemex microbuses. The vehicle comes in three categories: the first has no luxury accessories and costs EGP 175,000, the second comes with power windows and side mirrors as well as sport rims, and the third category includes air conditioning.

Through its contract with suppliers, EBAM aims to assemble 1,500 Zemex Star vehicles and 1,000 Zemex pickups between June and December this year.

The Zemex Star model, which comes with a 2400cc petrol engine and 90 hp, actually simulates the engines of the famous brand Toyota through 1995, so that the Zemex owners can use the same spare parts. Meanwhile, the Zemex vehicles, which come with a 2,800cc diesel engine, are modelled on the 2005 Isuzu diesel engine.
The simulation comes in the framework of a deal with Isuzu partners in China, and the company claims not to have received any complaints about the Zemex engines thus far.

The company regularly produces 60-75 pickup trucks per month, and the new microbus line was launched in March with an estimated capacity of 150 cars monthly, all of which were sold.

The company faces some challenges and obstacles, most notably the Industrial Development Authority’s delay in notifying traffic departments about the company’s certificates for local production (the periodic report issued by the Ministry of Industry and distributed to traffic departments). That delay affects the company’s’ sales and risks its customers’ confidence. Another obstacle is imported vehicles.

The government ordered the reduction of customs on imported cars, provided that they increase the ratio of local components.

Desouky called for supporting the state direction towards promoting exports, pointing out that the company exported two shipments of Zemex Stars to Sudan and the Congo.

The pound’s flotation contributed to supporting the company’s competitiveness in Africa due to the company’s 25% lower price compared to Chinese brands.

He stressed the need to launch a database of reliable companies in foreign markets, especially in the African market, to avoid fraud in international deals.
He said that the car market has faced a severe crisis since the flotation due to high costs and banks’ rejection of financing customers seeking to buy cars via installments, prompting some sellers to adopt direct installment system with customers to face the decline in sales.

Desouky denied that the company recently halted the production of Zemex pickup vehicles, stressing that the car will continue to be released in the Egyptian market until the end of this year.

He pointed out that the Chinese parent company, which produces the components, has reduced its production rate of the current model, which has been produced for more than 15 years. It intends to introduce a new model to be offered in the market by the end of 2018.

The Zemex distributor network includes five major companies, including Hussein Allam, Sayed Makkawy, and Hamada Mahrous, as well as a number of sub-distributors. There are also three maintenance centres in Alexandria, and six centres in Sixth of October and Upper Egypt.

Tablets Vs. Toys: Technology threatens childhood as we know it ?

Mobile market braces for worst after imposing of development fee

‘I wanted to lie down and die’