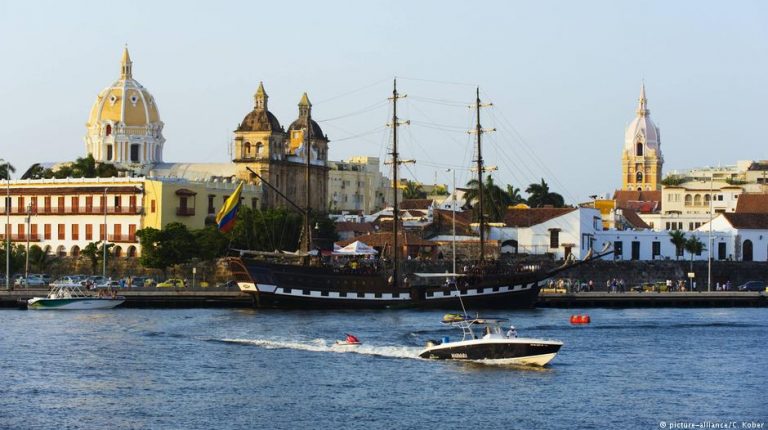 Colombia is set to be the third Latin American country in the Paris-based economic group. President Juan Manuel Santos praised the membership as key to the country’s efforts to modernize.The Organization for Economic Cooperation and Development (OECD) announced on Friday that Colombia would be officially invited to join the group.

The Paris-based economic organization was founded in 1961 and has traditionally included industrialized nations, though in recent years it has extended its membership to emerging economies.

“The accession of Colombia will contribute to our efforts to transform the OECD into a more diverse and inclusive institution, which will ensure our relevance in the years and decades ahead.” OECD Secretary-General Angel Gurría said, welcoming the new addition.

Five years in the making

Colombia began its applicaiton process in 2013. As part of the requirements, 23 OECD committees conducted an in-depth evaluation of the country. Additionally, the Colombian government had to introduce major reforms to align its legislation, policies and practices to OECD standards.

The OECD entry marks a new achievement for outgoing President Juan Manuel Santos, whose administration undertook the challenge during his first term in office. Santos celebrated the decision, saying that it represented “great news” for Colombia.

“To enter this organization represents a very important step in the efforts to modernize our country,” the Colombian president said.

“We are comparing ourselves to the best to be the best,” he added. Santos is set to fly to Paris on May 30 to sign the Accession Agreement at the upcoming meeting of the OECD ministerial council.

Colombia will become the 37th member of the OECD and the third Latin American country to do so, after Mexico and Chile. Costa Rica is currently undergoing its own accession process.

Once marred by political violence from drug trafficking and a leftist insurgency, Colombia has experienced a revival in recent years. In 2016, the country celebrated a landmark peace agreement that ended Latin America’s longest-running conflict and has also experienced economic growth.

Read more: Hopes for a tourism boom in Colombia

The OECD’s reported that economic growth in Colombia is projected to rise to around three percent in 2018 and 2019. The organization pointed to reduced corporate taxation, the historic peace agreement, better financing conditions and new infrastructure projects, as positive steps the country is taking to boost the economy.

A testament to Colombia’s comeback is the growth in its tourism industry. According to the US International Trade Administration, as of 2017, tourism has become a major economic engine for the South American nation, ranking above coffee exports and below the oil sector. ITA predicts that Colombia will lead growth in tourism in the next decade.