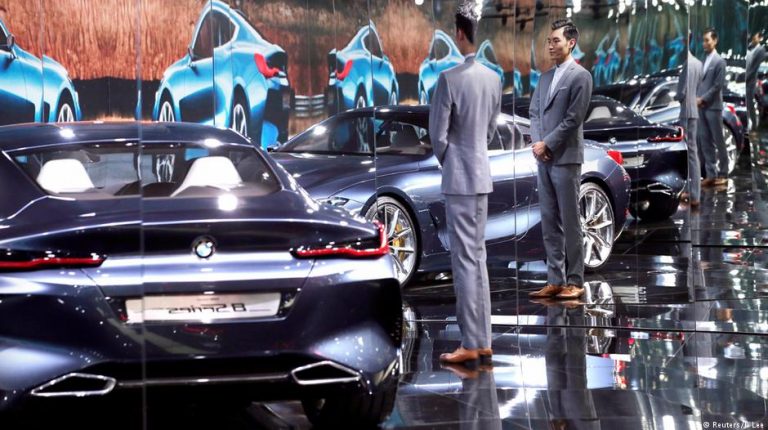 China has announced it will steeply reduce import duties for both automobiles and car parts. Beijing is opening up the world’s largest auto market amid an easing of tensions with the United States.China said Tuesday it would cut vehicle import tariffs from as much as 25 percent to 15 percent starting July. It’s the latest move to open up the auto market to foreign investment amid trade negotiations with the United States.

The Finance Ministry also reported that tariffs on auto parts would be slashed from as much as 25 percent to 6 percent.

The announcement came after China promised last month to fully lift restrictions on foreign ownership in the car industry within five years, and for electric automakers by the end of this year.

The measures are in line with President Xi Jinping’s earlier pledges to ease restrictions on foreign investment in the automotive, aircraft and shipbuilding sectors.

The lowering of import tariffs will be a major boost to overseas carmakers, especially helping premium brands such as Germany’s BMW and Mercedes-Benz as well as electric carmaker Tesla close a price gap on local rivals.

BMW said it would look at its prices and added the move was a “strong signal that China will continue to open up.”

Volkswagen brand Audi said it “welcomed the further liberalization and opening” of the Chinese market.

The president of the German Association of the Automotive Industry (VDA), Bernhard Mattes, said Tuesday the planned lowering of import tariffs would be “a contribution to stronger international trade.” He mentioned that throughout 2017, a total of 258,400 German cars were exported to China, pointing to the importance of Beijing’s move for German auto manufacturers.

China’s high tariff on vehicles, versus a 2.5-percent US levy, had been a key focus of Donald Trump’s administration amid a simmering trade stand-off between Washington and Beijing.

The US president had said the current 25-percent import tariff amounted to “stupid trade,” while Tesla’s Elon Musk had spoken of “a skewed playing field.”