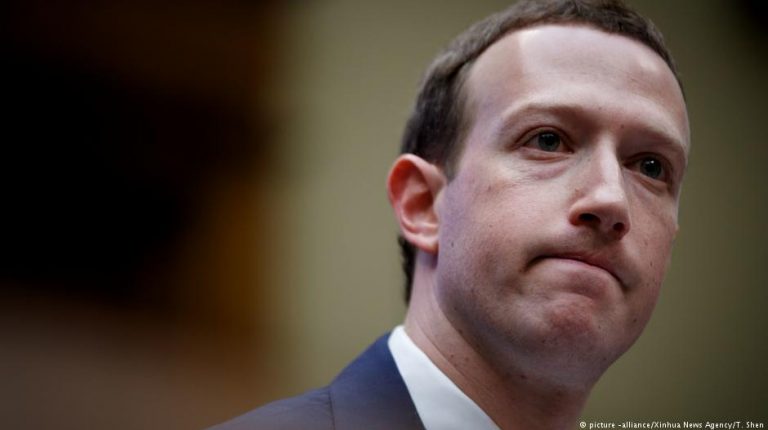 The CEO of Facebook, Mark Zuckerberg, has agreed to have a meeting with EU lawmakers over a data misuse scandal live-streamed. Original plans for the meeting to be held privately had met with criticism.Facebook CEO Mark Zuckerberg has said his upcoming hearing with European Parliament leaders over the Cambridge Analytica scandal can be made public via web stream, the parliament’s leader said on Monday.

Antonio Tajani said on Twitter that Zuckerberg agreed to have Tuesday’s meeting live-streamed after a personal discussion.

The parliament had come under fire after initial announcements that the hearing with leaders of the political groups and a justice and civil rights expert would take place behind closed doors.

The leader of the liberal ALDE political group, Guy Verhofstadt, was among those to call for the meeting to take place under public scrutiny, saying on Twitter that he would not attend otherwise.

Tajani invited Zuckerberg to meet with EU parliamentarians after Facebook admitted last month that it had improperly shared the personal data of up to 87 million users with British consultancy Cambridge Analytica, which claims to have played a key role in Donald Trump’s successful 2016 campaign for the US presidency.

The parliamentary president said that the 2.7 million EU citizens affected by the scandal deserved an explanation.

Zuckerberg’s appearance comes as the EU is to introduce tough new data protection rules later this month. Facebook has pledged to comply with the new regulations, and Zuckerberg told the US Congress in April that they could serve as a rough model for the rest of the world as well.

The so-called General Data Protection Regulation (GDPR) aims to give users more control over the storage and utilization of their personal information online. The rules, which come into effect on May 25, stipulate heavy fines for companies that do not comply.