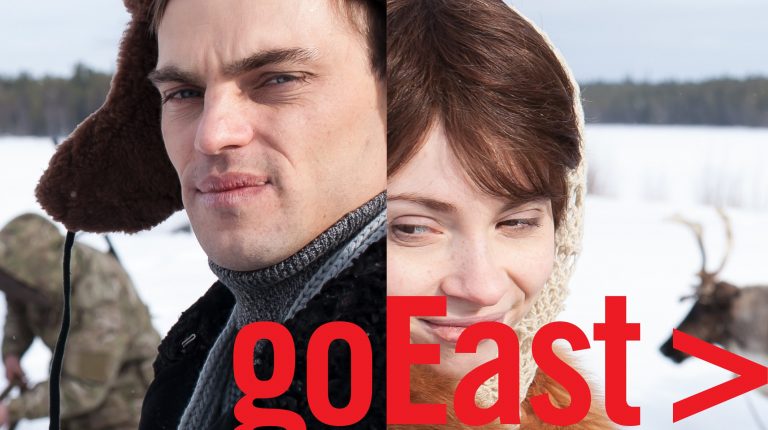 The GoEast Film Festival kicked off its 2018 edition on 18 April with a special focus on Easter European women.

The festival, held every year in April, transforms Wiesbaden into one of the most important international centres for Central and Eastern European cinema and screens feature films, documentaries, and short films, through the seven sections of the festival. The films aim to appeal to both professional visitors and local cinema audiences alike.

“You can’t run away from your own past,” GoEast festival director, Heleen Gerritsen, told German media.

According to the festival’s website, GoEast receives around 400 professional visitors and around 11,000 cinema visitors annually.

The GoEast film festival, launched in 2001 after a two-and-a-half-year preparatory phase, was founded by Claudia Dillmann, director of the German Film Institute (DIF). She wrote in her foreword to the first festival catalogue, “the time has come to open ourselves to the thoughts, images, myths, and stories of our Eastern neighbours. To their culture. To their films.” Likewise involved in developing the original festival concept was Swetlana Sikora, who has remained the festival’s artist director until 2010.

This year’s edition will feature a total of 102 productions from 35 countries.

This year’s competition consists of 16 films, which are all vying for the festival’s three main awards. “The selection committee received a lot of strong submissions from women,” commented Gerritsen.

GoEast has been able to reach a 50% participation rate for female filmmakers. The large number of submissions treating the respective political situations in the countries of Central and Eastern Europe was also of particular note.

“This often happens indirectly, in that subject matter from the past is taken up in order to mirror contemporary developments,” according to Gerritsen.

“We simply can’t escape our past, even though some countries might attempt to alter their official national narratives,” she commented. Numerous filmmakers are confronting the uncomfortable chapters of their histories directly and searching for identity, though their films make use of a wide range of differing formal approaches in the pursuit of these aims. “Everything is represented here, from classic arthouse all the way to animated documentary cinema. Many of the filmmakers have also chosen to employ hybrid forms combining documentary, fiction, and animated film,” explained Gerritsen.

All in all, around 200 filmmakers from Central and Eastern Europe will participate in the festival. The Portrait section is devoting a retrospective to the work of Russian master director Boris Khlebnikov, while former Berlinale shooting star Mateusz Kościukiewicz, who is also a member of this year’s competition jury, will be presenting the opening film, MUG, in which he plays the lead.

In the scope of the special programme Prague 1968, the five directors, main producer, and four actors from the anthology film Occupation (1968) will be on hand for a question and answer segment.

There are 16 films from Central and Eastern Europe in the main GoEast competition: 10 feature films and six documentaries.

Here are the most exciting titles in this year’s edition:

With The Dead Nation, director Radu Jude from Romania has entered his first documentary into the competition for the festival’s awards. The film provides insights into life in Romania between 1937 and 1946 that are simultaneously poetic and realistic.

Marta Meszaros is the grande dame of Hungarian cinema and her latest film, Aurora Borealis, tells the story of a Viennese lawyer with Hungarian roots. In it, Meszaros looks back at several generations of strong women, who, like the film’s director, rebel against totalitarian systems. The film could be interpreted as a commentary on contemporary Hungary.

Polish feature: Once Upon A Time in November

Poland’s political shift is the focus of Andrzej Jakimowski’s film Once Upon A Time in November. The societal drama contains documentary footage as it tells the story of a young law student and his mother in the midst of a country where patriots and right-wing extremists are marching.

Poland likewise has a place in the movie Miracle by Lithuanian director Egle Vertelyt. In it, a small-town Polish pastor, played by Daniel Olbrychski, creates satirical scenes as an American with Lithuanian roots tries to settle down in a post-Soviet Lithuanian town—the director’s own hometown.

The Bottomless Bag by Russian director Rustam Khamdamov can be seen as an escape from the present. It critically, yet realistically, tells the story of a country in the time of Vladimir Putin. Khamdamov shapes his film around the wonderful photographed fairy tales of 1,001 Arabian Nights and movies by Japanese director Akira Kurosawa.

Hanna Slak digs into Europe’s post-war history in the most literal sense as director of the film The Miner. A Slovenian mine abandoned after the second world war is the subject of the film; as miners go underground to uncover its secrets, new layers of cover-up, crime, and old hostilities come to light.

The Albanian film The Marriage by Blerta Zeqiri tells the story of a man’s coming to terms with his sexuality and his early love and the cover-up that followed. In it, a couple that intends to marry quarrels shortly before the ceremony and everything is thrown off balance. Secrets of the past are revealed through an earlier boyfriend, who also sheds light on the events of the present.