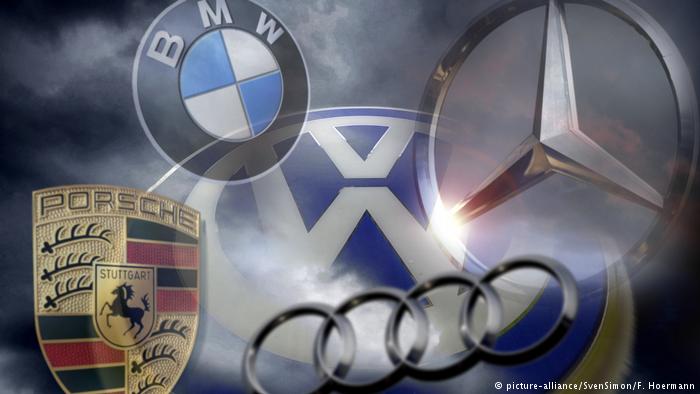 Economists have warned that BMW and Daimler could be among the main victims of trade tensions between the US and China, should the Asian nation really double its tariffs on car imports from the United States.In the latest round of proposed tit-for-tat import barriers amid the current US-China trade row, Beijing has among other things threatened to double its duties on car imports from the United States.

This would lead to a 50-percent tariff on inbound car shipments from the US.

The United States has about two months to officially comment on China’s proposed tariffs as Beijing is waiting for US action before implementing any retaliatory measures.

But should China eventually slap higher import duties on cars, it would have no small impact as US factories export around 270,000 cars to China annually, with the Asian nation sending relatively few cars in the opposite direction.

It would definitely be a blow to US electric carmaker Tesla, which has been increasing its exports to China recently. For domestic rival Ford, the problem could be even worse as higher tariffs on both sides would affect its exports of Lincoln vehicles as well as its endeavors to ship China-made, low-cost Focus cars to the US.

But this is not where the story ends if you consider that German carmakers with their big production facilities in the US actually export more vehicles from there to China than most American auto manufacturers.

We’re mainly talking about premium German carmakers BMW and Daimler which have big production facilities in South Carolina and Alabama respectively and also produce vehicles for the Chinese market there.

China’s proposed tariff on car imports from the US “is essentially a tax on southern German auto, specifically BMW and Mercedes SUVs which are built in the US and exported to China,” Evercore ISI analyst Arndt Ellinghorst said in a note.

The two German premium carmakers look set to ship just over 100,000 vehicles to China from the US this year alone, that is almost $7 billion (€5.7 billion) worth of goods, according to Evercore ISI.

VW in a better position

The threat of higher tariffs on US car imports doesn’t look so frightening for American auto manufacturers which have already shifted a good deal of their production to China and thus export far fewer vehicles to the world’s No.1 car market.

Pretty much the same can be said about Germany’s Volkswagen. Following massive investments in recent years, the Wolfsburg-based company now makes the majority of its cars sold in China locally.

BMW and Daimler, however, will keep their fingers crossed hoping that Washington and Beijing will after all be able to defuse the current trade war rhetoric at the negotiating table.

“This is a prime example of the unintended consequences of a trade war,” Arndt Ellinghorst pointed out in his note.

“Global trade, especially in the auto industry, is a system that has grown over decades and abrupt distortions can have meaningful negative implications.”

Such negative implications could suddenly become a reality for the German carmakers which are caught in the middle of a protracted spat between the world’s two largest economies.

Or, as Bloomberg put it, BMW and Daimler are “the sitting ducks in the US-China trade fight.”

28% increase in Egyptian exports to Belgium in 2017