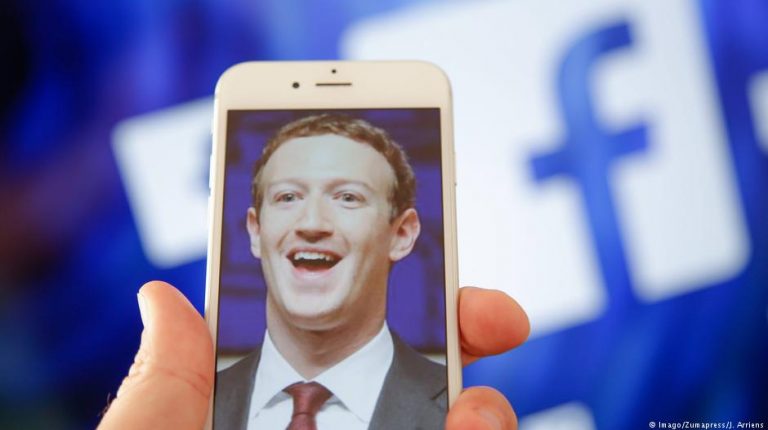 “Move fast and break things” is a famous Facebook corporate motto. The recent data breach scandal has certainly seen trust broken fast, especially among users. Will it leak into Facebook’s key revenue source?It is a truth universally acknowledged that a tech giant in search of lucrative advertising revenue must be in want of your data.

However, even if Jane Austen knew what the internet was, she would have struggled to dream up the Facebook-Cambridge Analytica scandal , which revealed that sensitive user data from up to 50 million Facebook accounts was provided to a data analytics firm who then used the data to build algorithmic software capable of influencing voter behavior.

“This was a major breach of trust and I’m really sorry that this happened,” said Facebook founder and CEO Mark Zuckerberg, a man whose career has featured few apologies. The days of “I’m CEO, bitch” seemed a long way off.

The heat on Facebook was suddenly so intense that advertisers, previously hand in glove with the social media giant, began threatening to pull the plug.

German bank Commerzbank and internet software company Mozilla both announced a “pause” on their advertising with Facebook, while ISBA, a group representing around 3,000 British advertisers, issued grave soundings.

Facebook has vowed to learn from its mistakes and on Wednesday announced changes it says will make its privacy settings more transparent. Will it be enough to stop the bleeding, or could advertisers — the dominant revenue source for Facebook — opt to promote their wares elsewhere?

And with more than 2 billion global users supposedly on the platform, equating to over 25 percent of the world’s population, one can see why around 70 million advertisers use Facebook. Key to the growth of its appeal to advertisers is its increasing ability to select highly specific target audiences, based on the gargantuan levels of data it holds on its users.

Jonathan O’Reilly owns a hot sauce business in Berlin and runs a small restaurant in the city’s Neukölln district. As the menu changes regularly, he pays around €35 a week for Facebook ads to promote the latest offerings. It’s the only advertising he pays for.

Despite having ethical reservations about the Facebook data breach, he acknowledges that it is the micro-targeting ability of a Facebook ad that makes it particularly useful for his business.

“I select the postal codes and ages of people I think are most likely to come to us,” he told DW. “I also look for those interested in things connected to what we offer. The ads serve as reminders to people, and they work. One week there was an issue and the ad didn’t run for whatever reason. And there was a huge, noticeable difference to the amount of business we did that weekend.”

As the chief marketing officer of Mozilla, it’s Jascha Kaykas-Wolff’s job to get bang for the internet company’s advertising buck. Despite the company’s decision to suspend advertising on the platform, Facebook has provided an effective mode of marketing for Mozilla, he told DW.

“Facebook as a platform for advertisers is effective and it has been effective for Mozilla over the last couple of years,” he said. “In fact, it performs in the top five of channels that we operate in,” explaining that the company’s spend on Facebook advertising accounts for around 10 percent of its media spend.

Dr Oetker, a German food corporation, briefly deleted its Facebook page in the wake of the data controversy, but a spokesperson confirmed to DW that while the company is not dependent on Facebook advertising, “due to the range and scope of accumulative possibilities, the various attractive forms of advertising as well as the targeting possibilities, Facebook is still interesting when it comes to content marketing.”

The attraction between Facebook and advertisers is therefore easily established.

Yet Mozilla and other big companies such as Commerzbank have shown a willingness to leave.

While Mozilla have benefitted from advertising on Facebook, the fact that they are backed by the non-profit Mozilla Foundation, which advocates an “internet for people, not profit,” goes some way to explaining why they felt they had an added responsibility to make a stand, even if it comes with a cost.

“This is about technology companies needing to take responsibility for treating people like human beings,” says Kaykas-Wolff.

He says that at the moment, tech companies like Facebook are treating people like “robot lawyers” who are capable of parsing through hundreds of pages telling them how their data will be used or who it will be shared with. “That is not right,” he says.

But will a few isolated moral stands be enough to tip such a monumental scale? As mentioned, there are two fundamental reasons for Facebook’s huge appeal to advertisers: the number of users it has and the level of data it has about those users, enabling highly targeted advertising.

As long as those two fundamentals remain in place, it is hard to see advertisers turning their noses up at what Facebook offers them.

“If I say I’m pulling the Facebook advertising, and then that weekend we are empty and our chef doesn’t make any money, he’ll ask, ‘well what went wrong?'” explains O’Reilly, the sauce maker and restaurant owner.

However, if those two fundamental Facebook selling points were somehow disrupted as a result of the scandal — for example if there was a massive exodus of users or a regulatory clampdown on the way in which Facebook can use user data, thus affecting the quality of its advertising platform — companies will take their money away from Facebook just as quickly as they brought it to it.

Sharing, but what about caring?

Going by its initial response to the Cambridge Analytica story going public, Facebook appears to have paid attention to how YouTube, owned by Google, dealt with a scandal this time last year.

When companies saw some of their ads appearing alongside offensive YouTube videos, some began to pull them from the platform and many huge commercial hitters such as McDonald’s and L’Oreal threatened to do the same.

Google quickly said sorry, met one-on-one with advertisers and within days, announced software improvements to prevent the problem happening again, as well as tightening up policing of extremist content. It did the trick; advertisers didn’t leave and YouTube continues to be a major source of ad revenue for Google.

Facebook has already taken similar steps towards recovery and Kaykas-Wolff, whose company has been engaged in private discussions with Facebook since pulling their advertising, says he has been “encouraged” by the social media network’s initial response.

He leaves the door open for Mozilla to return to the platform in the future, as does Commerzbank, which told DW it wants to “give ongoing investigations enough space, and decide how to proceed at an appropriate time.”

In response to questions from DW, Facebook said the company knew it must work to regain the trust of people and advertisers, but emphasized that its advertisers were not leaving.

“Most of the companies we talked to this week are satisfied with the measures we have outlined to better protect user data,” a Facebook spokesperson said. “They trust us to respond appropriately to these challenges and thereby become a better partner and company.”

Kaykas-Wolff says that Mozilla’s decision was taken seriously and that they believe Facebook needs to take major steps to bring their practices in line with Mozilla’s ideal of a healthy internet.

Do the billions of people who continue to provide Facebook, and, in effect, advertisers, with the story of their lives feel the same? That is probably the more important question.

15.9% increase in pension values disbursed from postal offices in 2017/18: CAPMAS

How much time do Egyptians spend consuming mass media?