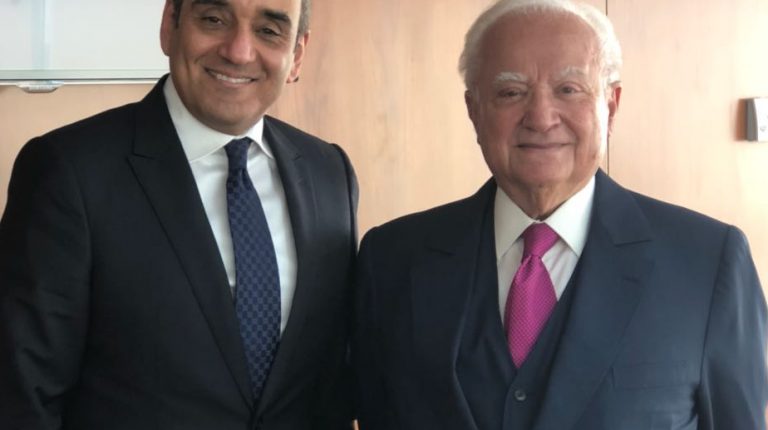 Naaman Azhari, chairperson of BLOM Bank Egypt, inspected the economic conditions and the changes that have occurred in the Egyptian economy during the past period during his annual visit to the bank’s branch in Egypt.

During the visit, he stressed that the Egyptian economy is now mature and that it is on the right path. “There are many distinct factors that drive investors to enter the Egyptian market in many different fields, especially in the industrial field to increase the volume of Egyptian exports,” he added.

Azhari also pointed out that the banking sector will play an important role in the coming period and will lead giant and medium projects towards a distinguished role to promote the future of the Egyptian economy.

Azhari met with a number of Egyptian businesspersons to discuss and exchange views on increasing the volume of their investments in the Egyptian market and what BLOM Bank can offer them.

The most prominent public figures Azhari met included Yasser El-Kasrawy, vice chairperson of the board of directors and managing director of Auto Group, with whom Azhari met for an extensive period, during which they discussed several joint projects that the group intends to undertake in the near future.

El-Kasrawy said that his company intends to increase its presence in the Egyptian market, especially in the field of cars, as one of the leading companies distributing various products to the Egyptian market. He noted that there are many future plans which will be in partnership with BLOM Bank due to its distinguished relationship with his company.

El-Kasrawy refused to disclose the proposed projects at the moment but said that they will make a breakthrough in the private sector in the field of finance and that there are surprises for company customers that will be announced successively.