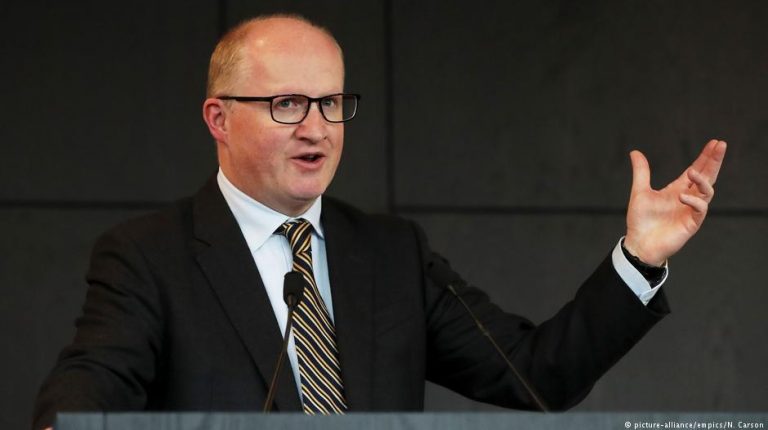 At an informal hearing of a key EU Parliament committee, Ireland’s central bank chief Philip Lane has received the strongest backing from lawmakers in his bid to become the ECB’s No. 2, beating a rival from Spain.Irish central bank chief Philip Lane (pictured above), who is running for the vice presidency oft he European Central Bank (ECB), on Thursday won the backing of a key European Parliament committee.

“Some groups expressed reservations for De Guindos’ appointment,” he added in a statement.

Eurozone finance ministers are scheduled Monday to pick their favorite to succeed Portugal’s Vitor Constancio, whose eight-year mandate expires in May.

The final decision will be taken on March 22 at an EU summit after consultations with the European Parliament and the ECB’s Governing Council.

Constancio’s replacement is being watched closely in European capitals as it is the first in a series of changes at the top of the ECB over the coming two years, including the post of president of the ECB currently held by Italy’s Mario Draghi.

The committee said it “regrets that no female candidates have been put forward” and called for a more gender-balanced representation in the ECB.