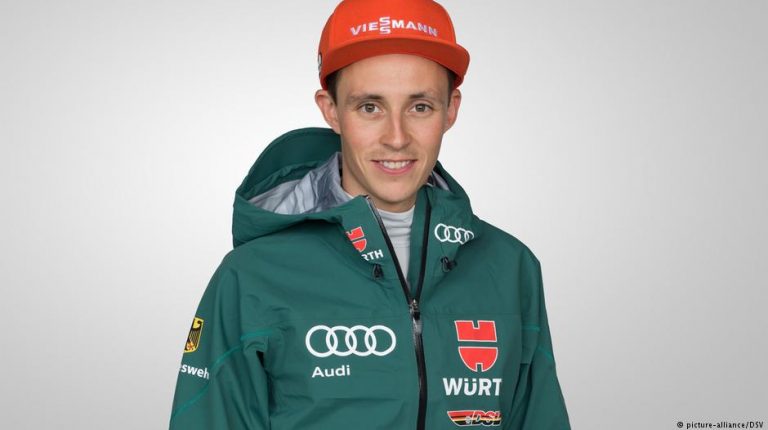 Eric Frenzel has been chosen as Germany’s flagbearer for the opening ceremony for the Winter Olympics in Pyeongchang. The Nordic-combined skier was a gold medalist at the previous Winter Games in Sochi.Nordic-combined skier Eric Frenzel, who won gold in the 10-kilometer individual normal hill at the 2014 Winter Olympics, will carry the German flag into Pyeongyang’s Olympic Stadium in Friday’s opening ceremony for the 2018 Winter Games. This was confirmed on Thursday by the German Olympic Sports Federation (DOSB), after the news had been reported by several media agencies on Wednesday, while Frenzel was still en route to South Korea.

Frenzel, who also won a bronze medal in the 4×5-kilometer team event at the 2010 Games in Vancouver, was among five German athletes nominated for the honor, with the decision coming in part through a poll held on the website of the German Olympic Sports Association.

“I feel it is a great honor and I would be proud if it happens,” Frenzel said after learning that he had been including on the shortlist. “I feel honored and it is a certain recognition for our sport and me individually.”