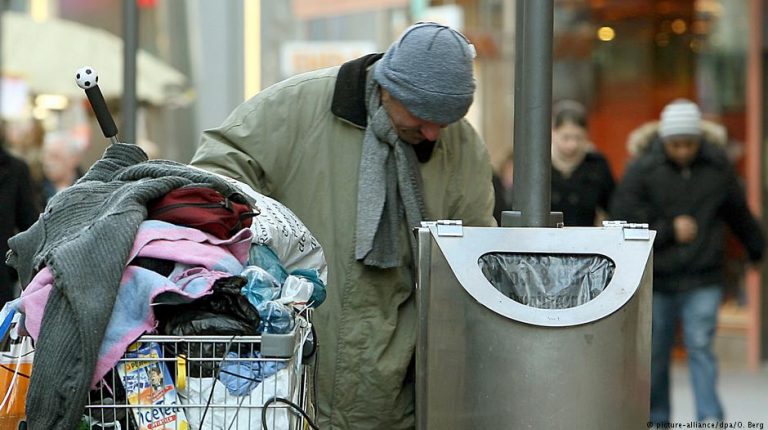 Inconsiderate gestures are annoying and make many people’s life difficult. DW columnist Gero Schliess has noticed several ways Berlin could show it cares more for others.New York, Wall Street corner Water Street: Instead of gazing at the rocketing skyscrapers or noticing the bankers hurrying back to the office after their lunch break, I am studying a too small map of the city.

“Hey, can I help you?” I’m startled for a second. Beside me is a younger man in a dark suit. How nice of him, I think to myself. Looking for a nearby steak house, I tell him its name.

He googles the restaurant with his smartphone and shows me the way. I almost felt like inviting him to dinner.

Thanks a lot! I immediately felt welcome in this mega-city.

OK, now I will sound even more pathetic, but I just can’t restrain my naïve enthusiasm. People taking care of strangers: I’ve been regularly impressed by such spontaneous expressions of empathy in the US.

Do you believe this would be absolutely unimaginable in Berlin? Because of the infamous “Berliner Schnauze” – the reputation people from Berlin have for being gruff? Please remain cautious. There are some impolite Berliners, but not that many. You could include among them car drivers who honk wildly when a disoriented new Berliner tries to take the road.

Still I remember other instances, such as the woman who came running after me to give me the umbrella I forgot while grocery shopping. Or as I was cycling on Unter den Linden and another bike rider passed by, saying “Be careful, there’s something hanging from your luggage rack, it could get stuck in the spoke.” Or that time I was at the baker’s and realized I didn’t have any money with me. A complete stranger gave me 10 euros and said I could simply return the money at the bakery the next day.

Deposit bottles for the homeless

That was really nice. Unfortunately, Berlin is not a paradise city. It doesn’t work that well all the time. A colleague from the “Tagesspiegel” newspaper made me aware of little things that usually go unnoticed, but that complicate other people’s lives.

In an article, he asked why people throw their returnable bottles in the trash can? The poor and the homeless who collect them are obliged to rummage through food leftovers and plastic rubbish, trying to find 25 cents in the form of a bottle with a refundable deposit.

It would be more humane for them to simply leave them on the ground beside the bin, cleanly lined up and ready to be picked up.

Animals in the Berlin tram

Another area where Berliners, or more accurately the Berliner Verkehrsbetriebe (BVG), the city’s main public transport company, are careless is towards pets.

Recently, in an overfilled tramway, I stepped on the back legs of a big black dog. Ouch! The dog huddled and whined on the floor. I could feel his pain. The BVG organizes space for bicycles in public transportation. Why not for dogs as well? After all, there are more than 250,000 in Berlin.

Let’s return to two-legged creatures, more particularly the culture fans among them. I often go to see Berlin Philharmonie concerts – a world class orchestra with many young musicians. Of course, they also have children. But no one comes up with the idea of making it easier for young parents to go to those concerts.

The Philharmonic could offer babysitting services. There are enough rooms there. And with a yearly budget of over 20 million euros, it should be possible. This budget was incidentally strongly increased in the recently signed contract between the state and Berlin. But nothing was planned for childcare. Why can’t the first-class Philharmonic not manage to offer what second-class fitness studios do?

Berlin is not New York. I know. The infamous Berlin gene – the both hated and loved Berliner Schnauze – wouldn’t allow it. But it could be a little bit more like New York! And it’s not that hopeless. You know it, because I’ve already written it here: the Berliner Schnauze can be friendly too.

Berlin 24/7: Swabians have not conquered Berlin after all