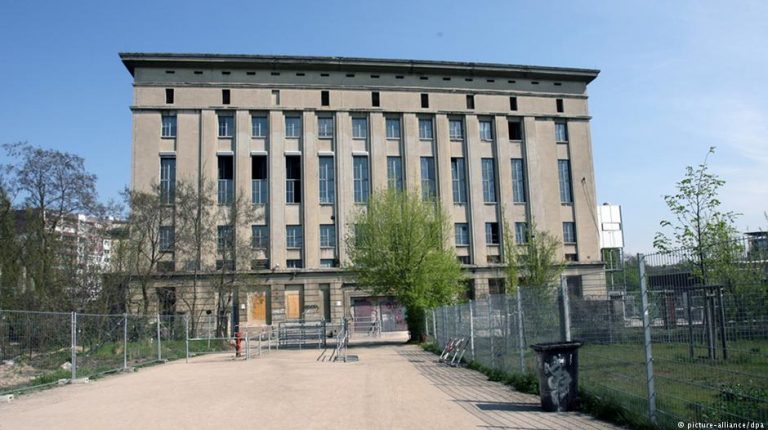 What happens in Berghain stays in Berghain. But there are exceptions to that rule. DW columnist Gero Schliess went to a rare art event at the famous techno club – and got to know a totally new side to it.Off to the Berghain! Yes, I admit that I’m looking forward to spending a night in Berlin’s most famous club – even I’m nearly too old for it. But this particular night is different. It’s not one of those notorious club nights that attract people from all over the world to the techno temple.

With just 15 minutes to go before it all starts, there are just a few of us in front of closed steel doors – in the very place where hundreds of techno junkies usually line up, all clad in black Berghain “uniforms” and carrying backpacks filled with party provisions that are available only with a prescription.

Leonore from Paris is waiting together with me. She does exhibitions with floral art, lives in Berlin, and is smiling shyly. It’s her first time visiting the club. And we are not alone – more Berghain newcomers soon arrive. The three friends with me, however, have attained the status of veterans – not in terms of age, but in terms of the time they’ve spent dancing, flirting and sweating in the club.

People are getting a bit nervous when, finally, the steel door opens. They seem to fear the tough doorman. Quick prayers and beads of sweat are followed by sighs of relief. After all, this is not a club night when the doorman is allowed to gruffly turn visitors away without any explanation. Today, most guests have bought a ticket, and they are all allowed in.

Nadia from “Your Mom’s Agency,” which has organized the event, is also standing at the door, taking care of the guest list. She tells me I can’t take pictures in Berghain. Writing, however, is permitted. It’s not just the rules that have changed tonight, the sounds are also out of the ordinary for the legendary club. What I hear are not the usual techno beats, but some deep grumbling noises.

Inside the club, a strange transformation is now under way. The raw concrete walls have been immersed in light projections. There’s a huge statue of some deity at the wall greedily holding up a cornucopia. This is clearly the house god at the Berghain – Dionysos, the god of wine and all hedonists.

Colored neon lamps elucidate the darkrooms that Berghain is famous for and that usually offer a haven for all kinds of private activities.

Art can also be disturbing. Or it can have a huge appeal and catapult viewers into another world. That’s the effect that this entire work consisting of music and light has on me. At least that’s how I feel – also because everything seems to be filled with the aura of Berghain.

I am imitating Dionysos. My cornucopia is my eyes and ears that are flooded with sounds and images over the next few hours. Thirteen DJs are competing for space on the stage. That’s a lucky number. Wow, so much humming, booming and bubbling!

By now, 30 international artists have joined in this light and sound performance, among them the electro punkers Rainbow Arabia from Los Angeles, who like to integrate African and Asian sounds in their pieces, as well as the minimalist video artist Carla Chan, who is renowned for her digitalized landscape pictures. How does this all fit together? Until now, nobody knew whether it would.

Trying daring new things is part of the Berghain tradition. Even the State Ballet has performed here, and an impressive opera was presented in the club that made its concrete walls tremble.

Photography exhibitions also take place here. Particularly famous are the ones by Sven Marquardt, Berghain’s ominous bouncer with the face tattoos. The most innovative DJs work during club nights. You can listen to their music mixtures on the club’s label “Ostgut Ton.”

I must admit that my friends would have rather danced. Most of the others have only heard of the Berghain ecstasy on the internet. They’re stiffly standing around, sipping on their beers, like the young woman behind me. With her huge glasses, thin lips and folded arms, she looks like an elementary school teacher.

Tranquility in the techno temple

The woman leaves early, as do many others. That’s too bad. Was there something wrong with the music? Or did the legendary location set unfulfillable expectations? The organizers will answer these questions, but the main thing is that they keep doing what they’re doing.

In the end, these people do me a big favor. Thanks to them, quietness finally settles in when the music is over. Incredible. I had never experienced tranquility quite like that before.

But everything about this night is different.