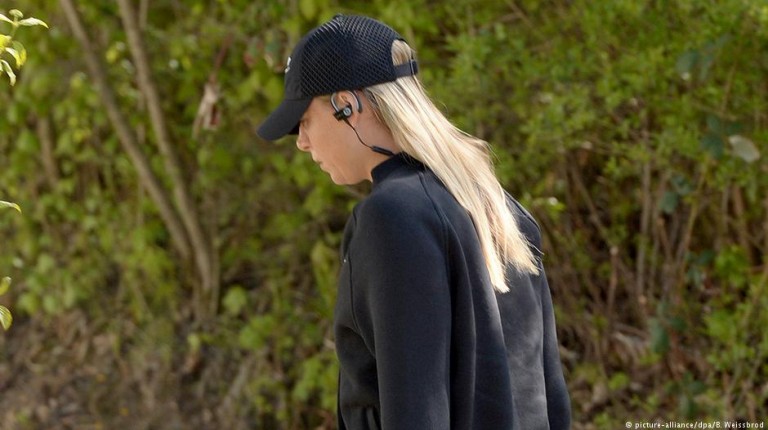 Maria Sharapova is set to return to action on Wednesday after serving a 15 month suspension for doping. But the Russian player’s comeback is far from universally popular among her fellow players.Sharapova’s ban, for taking banned substance Meldonium, expires at midnight on Tuesday and she has been granted a wild card entry to the Porsche Grand Prix in Stuttgart, where she will face Roberta Vinci in the opening round on Wednesday.

With tennis ranking points accrued over a 12 month period, Sharapova currently has no world ranking, leading Vinci to suggest her opponent was receiving preferential treatment.

“She is a great player and I have nothing against her. She paid for her mistakes,” Vinci, 34, said on Monday. “She can return to play but without any wild cards, without any help.”

The Russian player’s suspension for using the heart drug meldonium after it was banned at the beginning of 2016, ends just in time to enter the opening round of the indoor clay tournament she won three times in a row from 2012-14.

Vinci joined the likes of Caroline Wozniacki, Dominika Cibulkova, Agnieszka Radwanska, and Angelique Kerber – who has previously called the wild card “a little bit strange” – in speaking out against wild cards for players who return from a doping suspension.

“I know [Sharapova] is important for the tennis, for the WTA, for everything,” Vinci said. “She is a great person, a great player, a great champion, but this is my opinion.”

Sharapova’s comeback – and the storm over Ilie Nastase’s recent comments – has somewhat overshadowed the tournament, which will feature eight of the world’s top ten female players.

Angelique Kerber has nothing to lose at Roland Garros

Murray struggles into 3rd round at Roland Garros