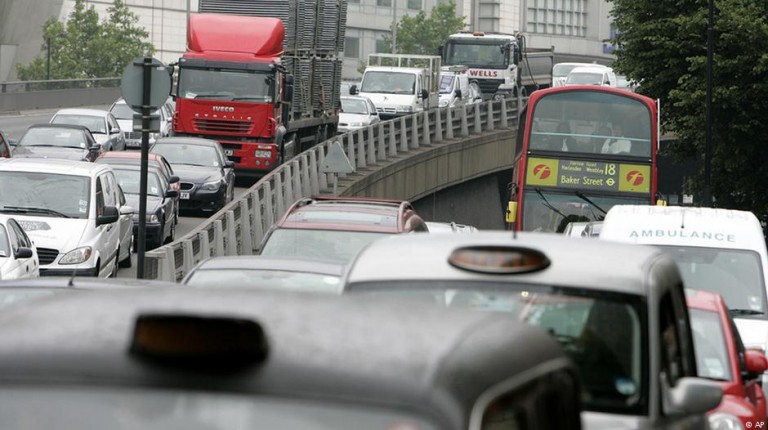 Britain’s automotive industry group has warned against radical moves to limit the use of diesel vehicles by imposing hefty levies. It said diesel technology had come a long way and was much cleaner now.Britain’s Society of Motor Manufacturers and Traders (SMMT) on Monday came out in defense of newer diesel cars as the British government prepared to announce proposals for improving air quality. It’s largely expected that London may serve as an example to follow in making it more expensive to use the most polluting vehicles.

“Some recent reports have failed to differentiate between much cleaner cars and vehicles of the past,” SMMT chief Mike Hawes said in a statement.

The British automotive industry body pointed out on its website that more than 99 percent of the UK’s 4.4 million commercial cars were powered by diesel and that they transported people, goods and emergency services.

SMMT officials note that the latest Euro-6 vehicles were the cleanest in history and “light years away from their old counterparts.”

“As well as special filters, they also feature clever technology that converts most of the NOx from the engine into harmless nitrogen and water before it reaches the exhaust,” the SMMT emphasized.

Just how dirty is diesel?

Nonetheless, the UK government is due to announce its plans by April 24 as to how to comply with European Union legislation to improve air quality and meet nitrogen dioxide limits following a ruling by the High Court last year.

London’s mayor has already promised to crack down on polluting vehicles to make the city the greenest in the world, banning new diesel taxis from 2018 and introducing a series of new levies on motorists which could be copied nationwide.

Diesel cars have been increasingly maligned since the pollution scandal involving German carmaker Volkswagen and a study by the King’s College London finding that nearly 9,500 Londoners die prematurely every year as a result of long-term exposure to air pollution.

According to the SMMT, a record 1.3 million new diesel cars were registered in the UK in 2016, up 0.6 percent on the previous year, with the automotive industry body seeing this trend continue this year. It noted that in March “more businesses and consumers chose a new diesel car than in any other month in history.”