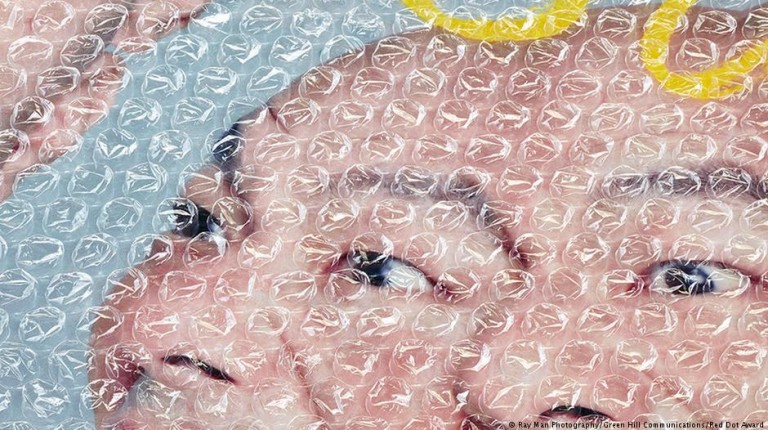 Germany’s Red Dot Award is a recognition that can boost a designer’s career. Many of these award-winning concepts are now featured in a new exhibition in Essen. Some aspects of the prize can be criticized, though.The Red Dot Design Museum in Essen focuses on award-winning design from Germany and countries all over the world. More than 100 products are on show, including illustrations, posters, packaging, advertising campaigns and websites.

The exhibition presents new trends, strategies and projects in regional and international communication design – and underlines the significance of a simple red dot. Germany’s Red Dot Award is after all regarded as one of the most important – and coveted – design awards worldwide.

This year alone, about 5,500 manufacturers and designers from 54 countries submitted new designs for the “Red Dot Award: Product Design,” more than ever before. Others vie for separate prizes for communication design.

“By being international, the Red Dot Award has become a very important brand,” says Michael Brandis of Brandis Industrial Design, who has already garnered 24 Red Dot Awards. “It’s recognized around the world.”

Other prestigious design prizes include Germany’s IF Design Award, and the Chicago Athenaeum’s Good Design Award.

The jury, made up of 39 freelance designers, design professors and journalists awarded 1,559 Red Dots in 2016; 102 of them in the “Best of the Best” category. That is a record and very generous number of awards.

Brandis has mixed feelings about this development. There are so many different categories, he says, and “it seems prizes are almost handed out in an inflationary way.” For him, the award doesn’t have the significance it used to anymore, he says, adding that all the same, winning a Red Dot Award is good for a designer’s career.

Award winners pick up the tab

The directors at the Red Dot Award don’t seem to mind the increasing number of applicants and winners. It makes the award more widely known, they argue – and more profitable.

Fees run up to 450 euros ($480) per application, and if an applicant wins an award, there’s another mandatory cost of between 3,400 and 6,000 euros, which however includes marketing and presentation by Red Dot.

“It’s a big marketing and money machine,” says Axel Kufus, a design professor at Berlin’s University of the Arts. You can’t blame the managers, he adds. “It’s a typical business mechanism, and everybody knows it.”

Large corporations don’t mind playing the game. They see it as reaping added value vis-à-vis their competitors. It’s more difficult for small design offices and companies that have a hard time coming up with the “fees.” Aware of the problem, Red Dot grants 50 young designers a free ticket to the competition for the awards. In addition, there is a Young Talent Award worth 10,000 euros.

All the same, Berlin communication expert Kufus urges creating a new prize, funded by the state or a foundation, to balance the Red Dot award. A previous national award, the German Design Prize, has been discontinued. “As design isn’t just commercial but also has a socio-cultural component, it’s a cultural as well as a political task,” Kufus says.

In demand in China

The privately-run Red Dot Design Museum in Essen, situated at the UNESCO World Cultural Heritage site Zeche Zollverein, meanwhile advertises the world’s largest exhibition of contemporary design. The products on display by no means all carry red dots. Singapore is home to another Red Dot Museum.

Designer Michael Brandis takes a mainly positive view of the Red Dot Award. The prize is good for German design culture, he says, and it’s in high demand by companies. “That promotes the value of design as such.” And it opens doors to German designers around the world, in particular in China. Every time his firm wins an award, “Chinese companies inquire,” Brandis says. Usually, what they would like best for their own label is a copy of the award-winning product. “It’s not that easy after all to get a Red Dot,” Brandis laughs.

The special exhibition “World’s Best Communication Design and Highlights from NRW” at the Red Dot Design Museum in Essen runs from April 6 through May 21, 2017.

A hymn to Muslim-Christian love

Ptomoleo and his family in Cairo

Dynamic young architect brings Egypt's past into the present