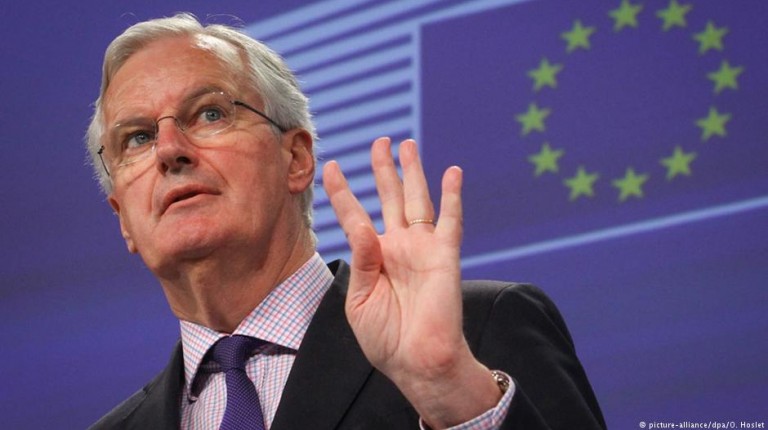 The European Union’s chief Brexit negotiator, Michel Barnier, has warned of “serious consequences” if Britain would leave the EU without an agreement, as he spelled out the 28-nation bloc’s conditions for talks.Outlining the EU’s plan for Brexit negotiations, Michel Barnier told lawmakers in Brussels on Wednesday that there were three basic conditions to reaching an exit deal for Britain within the two years envisaged by EU law.

The parties should conduct talks in good faith, he insisted, remove uncertainties concerning people, money and borders as well as negotiate issues in the right order.

The EU’s former financial services commissioner with close ties to London warned that there could be “total uncertainty” if talks failed, adding, however, that a scenario of “no deal” was not one the EU was entertaining.

“It’s not a small event, it’s a situation that is grave and exceptional,” he noted.

British Prime Minister Theresa May plans to officially trigger Brexit negotiations on March 29. But the talks are only likely to get seriously underway in late May, and must conclude by October 2018 to leave time for any deal to be endorsed by the EU’s institutions and national parliaments.

Barnier pointed out that a transitional arrangement might be necessary. It should be based on EU laws, subject to EU courts, and of limited duration.

The EU chief negotiator said the catchphrase for the talks would be “citizens first.” He noted that Polish students and Romanian nurses in Britain as well as British pensioners in Spain faced great uncertainty over rights to residency and access to the labor market, pensions, social security and education.

“Guaranteeing their rights as European citizens, in the long term, will be our absolute priority from the very start of the negotiations,” he said.

Theresa May also wants the issue to be dealt with as a priority, while insisting a solution should be reciprocal. So far, however, she’s unwilling to guarantee existing rights outside of a broader agreement.

Barnier insisted that Britain would face no punishment for leaving, but added that accounts must be settled. “We will not ask the British to pay a single euro for something they have not agreed to as a member.”

Some estimates suggest the EU wants Britain to pay a hefty divorce bill of up to 60 billion euros ($64 billion) to cover EU staff pensions and other expenses the UK has committed to. Britain hasn’t ruled out paying, but is expected to contest the bill.

The bloc also seeks clarity about funding for programs financed by the EU budget. About 685 billion euros worth of projects for people and regions are in the fire – all of which had been agreed by the 28 EU members, including Britain.

Separately, European Investment Bank (EIB) has estimated that Britain’s bill for settling its financial position with the bank could be very costly.

Barnier said the EU shared the British government’s ambition to reach a “bold and ambitious free trade agreement” to replace current ties. But he noted that its terms would be less favorable than those now and must take into account EU social and environmental standards.

Several EU members, including Germany, have insisted that Britain should not be allowed to “cherry-pick” current privileges with regard to the single market, and that a trade deal could only come after an agreement on the terms of the divorce.

“The sooner we reach a deal on an orderly withdrawal, the sooner we can prepare for the future relationship,” Barnier said, adding that leaving difficult divorce issues until the last moment was playing with failure.

Some hardline eurosceptics in May’s conservative government have said that no deal would be better than a bad deal or no clean break with the EU.

But Barnier said the absence of a deal could lead to long queues of trucks at British port city Dover, disruption of flights to and from the UK and a shortage of nuclear fuel for Britain’s nuclear power plants.