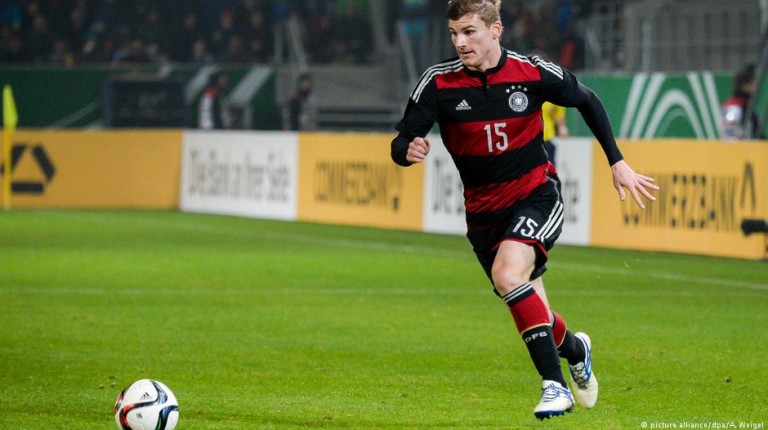 Germany head coach Joachim Löw has named his squad for the upcoming international break. Timo Werner has been given his first call up, while Lukas Podolski is to play his last match for Germany against England.The German football association (DFB) unveiled Germany’s squad for the friendly against England in Dortmund and the World Cup qualifier against Azerbaijan in Baku in a statement posed in its website on Friday.

The only new face on the roster is Timo Werner, who has 14 goals in 21 Bundesliga appearances for RB Leipzig this season.

“Werner is an interesting and promising young player,” Löw was quoted as saying in the DFB statement. “He is very flexible and has consistently played at a high level this season. I am looking forward to welcoming him into our group and being able to observe him.”

Also rejoining the squad is Roma defender Antonio Rüdiger, who missed last summer’s European championship in France due to a knee injury that he sustained just days before the start of the tournament.

“Antonio has fought his way back, he is in excellent condition again… You would know that he had been injured,” Löw said.

For 31-year-old Lukas Podolski, next Wednesday’s match against England will be his 130th – and his last for Germany, after he announced his retirement from international football following Euro 2016. Löw said it was fitting that Podolski, who played his first game for the national team in 2004, would play his last against such a prestigious opponent in front of the “great fans of Dortmund.”

After the England match, Germany travel to Baku for their fifth game in Group C of European World Cup qualifying on March 26. Germany top the group after winning each of their first four matches.