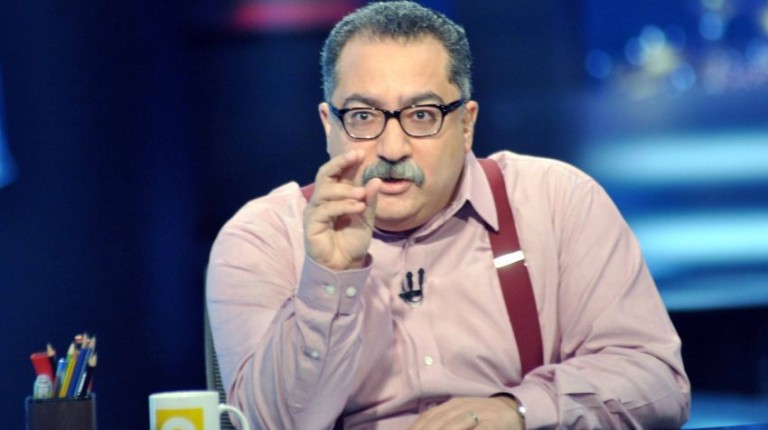 On Sunday the general prosecution released renowned journalist Ibrahim Eissa after questioning him over two complaints—one filed by parliament speaker Ali Abdul Aal, accusing him of insulting the parliament, and the other by lawyer Samir Sabry, accusing him of inciting sectarian strife, according to Al-Maqal newspaper.

The prosecution ordered Eissa, the editor-in-chief and owner of Al-Maqal newspaper, to pay a bail of EGP 5,000 over each compliant. The questioning of Eissa lasted for more than three hours. Both complaints were filed against the journalist and his opinion newspaper Al-Maqal.

In his complaint, Sabry accused Eissa of spreading false information, distorting reality, and serving certain agendas, referring to Al-Maqal’s main headlines during the issue of Sinai’s Copts’ displacement to Ismailia. The lawyer saw these headlines as untrue and as an attack against the state.

The lawyer also noted a certain number of issues in his compliant that was released in February, saying that it all was working on stirring public opinion and disturbing social peace and security, creating discord between the sons of the nation, as well as inciting sectarian strife.

Sabry also referred to other content written in Eissa’s newspaper, which he considers an insult to the country.

Following the release, a video published on Al-Maqal’s website showed Eissa giving a statement to reporters, stressing the freedom of the press.

Eissa said, “all people should believe in the freedom of the press,” confirming that it is “the only means” for the country’s progress.  He also stressed on the necessity of being committed to the law and the constitution, respecting freedom of expression.

The Press Syndicate lawyer Sayed Abu Zaid attended the session along with other prominent lawyers.

Celebrating Eissa’s release, the front page of Al-Maqal’s Monday issue included a photo of Eissa before the investigation, with its main headline reading: “for freedom there is a cost, and we are ready to pay for our freedom.”

In addition to that, it also included boxes showing three constitutional articles regarding the freedom of expression and of the press—articles 65, 70, and 71.

Eissa has been increasingly criticising the country’s policies throughout the past months, especially during his discussions in his suspended talk show “Maa Ibrahim Eissa,” which was broadcast on the Al Qahera Wel Nas channel and in newspaper content, which led to him facing troubles that started with the suspension of his talkshow and culminated in the recent investigations.

Al-Maqal is a newspaper that provides daily opinion, observatory, and analytical articles written by a number of renowned journalists and public writers. The content of the newspaper is largely critical about the state’s performance and decisions.