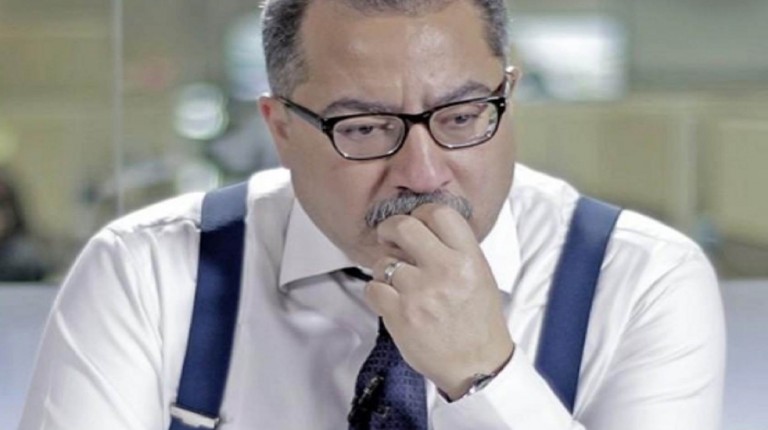 On Sunday the general prosecution investigated journalist Ibrahim Eissa, the editor-in-chief and owner of Al-Maqal newspaper, regarding a complaint filed by the parliament accusing him of insulting it.

Prominent lawyers George Ishak, Hafez Abu Saeeda, Naser Amin, and Naged El-Borai attended the investigation with Eissa. The journalist was informed about the summoning for his investigation through a phone call.

Last Tuesday parliamentary speaker Ali Abdul Aal approved a complaint submitted by a number of members of parliament (MPs) calling for the referral of Eissa to prosecution, on accusations of insulting the parliament.

Eissa commented to local media outlets, saying that he did not insult Abdul Aal in any of his articles and that he was only making objective discussions about the parliament and its role.

In the MPs’ complaint to Abdul Aal, they referred to Article 8 of the parliament’s internal regulations, which stipulates that the head of parliament is committed to protect the parliament’s dignity and its members.

Al-Maqal is a newspaper that provides daily opinion, observatory, and analytical articles written by a number of renowned journalists and public writers. The content of the newspaper is largely critical about the state’s performance and decisions.  Its main headline is frequently controversial for the readers and the public due to its critical approach towards the president and the government.

August 2016 was the first time for the parliament to attack Eissa, as a number of MPs were requesting a lawsuit against him for criticising the parliament. The MPs accused Eissa of attempts to destroy the parliament through his discussion in his recently suspended talk show.

Eissa used to host a talk show on the privately-run Al Kahera Wal Nas, but the programme was suspended two month ago.

Last week, a wave of criticism was seen by the parliament against media outlets over several issues. This wave started following leaks published in the media about the parliament’s budget, which Abdul Aal viewed as a state security crime. This issue stirred controversy in media, social media platforms, and among public figures.

Abdul Aal also entered into a dispute with state-run Al-Ahram newspaper after saying that parliament offers money to the newspaper and that it does not make any gains.

The parliament’s administration did not welcome the media’s role, as a few days after its foundation it banned live coverage of its sessions. In addition to that, a number of journalists were prevented from covering the parliament’s debates.

Throughout the past year, the parliament has witnessed a huge wave of criticism by public figures, media, and rights organisations for its stance over several issues, especially legislation. All this criticism was rejected by the parliament and was not even listed for reconsideration.

The parliament is currently responsible for discussing the country’s laws, top issues, and its international agreements, as well as its development projects.

The politics of fear