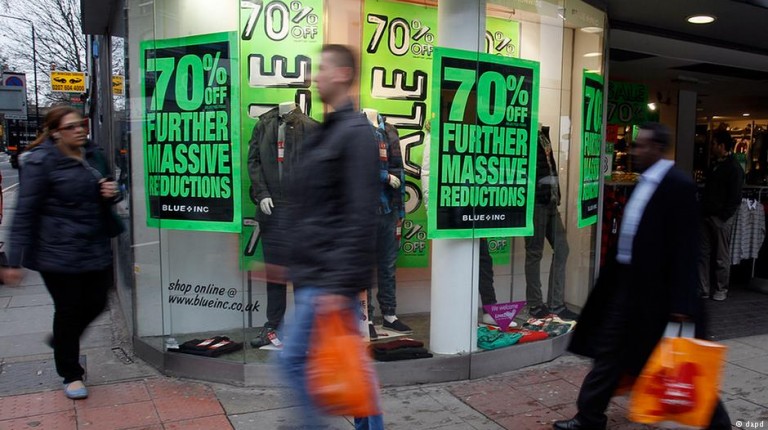 Britain’s consumers have confounded warnings that Brexit would cause a slowdown in the UK economy, spending lavishly in the final three months of 2016 and holding the country’s growth rate at a robust level.Britain’s gross domestic product (GDP) expanded 0.6 percent between October and December 2016, matching the growth rates during the previous two quarters, according to much-anticipated data released by the Office for National Statistics on Thursday.

For 2016 as a whole, British growth reached 2.0 percent, a slight decline from the previous year’s increase of 2.2 percent, the data showed.

“What the figures today show is that the UK economy continues to be resilient and continues to confound the skeptics,” he said.

The Office for National Statistics said services, which are most sensitive to consumer spending, were the biggest gainers, growing by 0.8 percent. Industrial output was flat and construction only edged up slightly.

Brexit problems yet to unfold

The UK economy has performed better than expected since the country voted in June to exit the European Union. But analysts expect a more difficult 2017 as Britain will sever its ties with the 28-nation bloc.

The latest data was evidence that the economy is still “running along nicely,” said David Cheetham, market analyst at XTB trading group. “[But] the process of beginning formal discussions on the terms of life outside the EU is seemingly drawing closer and this poses a major threat to the UK economy,” he told the news agency AFP.

Ruth Gregory, an economist with research group Capital Economics, is slightly more optimistic, saying the strong end to 2016 would provide “plenty of momentum” for growth in 2017, too.

“And while growth looks set to ease this year, the beneficial effects of the fall in the pound should help to ensure that the slowdown won’t be too severe,” she told AFP.

But the outlook for 2017 remains murky, largely because of Britain’s reliance on its consumers, which BoE Governor Mark Carney flagged as a risk this month. Sterling’s fall since Brexit is already pushing up costs for businesses, and households are likely to share the pain soon.