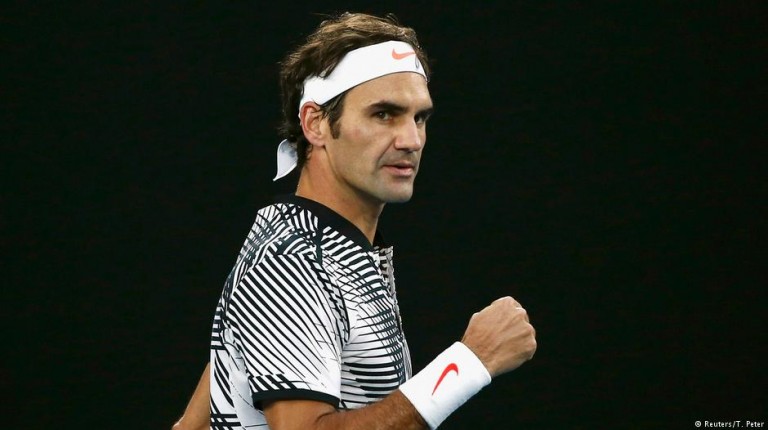 The Australian Open semifinals promise some thrilling battles in both the men’s and the women’s draws. Will there be a fairy-tale start to 2017 for one of tennis’ greatest stars?Roger Federer’s return to fine form continued on Tuesday as he swept past Germany’s Mischa Zverev in straight sets (6-1, 7-5, 6-2). The victory sets up a semifinal against fellow Swiss Stan Wawrinka, who beat Jo-Wilfried Tsonga earlier in the day.

Federer raced to a devastating first-set victory, demonstrating some of the fine tennis that has seen him return to form. The 35-year-old struggled a little in the second though as Zverev began to find his feet using his serve-and-volley style and even took a 3-1 lead. Federer battled back and even though Zverev held his serve to lead 5-4 in the second, Federer was just too good and won the next three games.

With the match approaching the hour mark, Zverev knew he was running out of time to find a way back into contention. The German’s surprise victory against Andy Murray in the previous round looked exactly what it was – a thing of the past – as his best efforts fell in vain. In the third, Zverev once again showed flashes of his quality but Federer’s play from the baseline proved too consistent. At 2-2, Federer found an extra gear, broke Zverev’s serve and after a lengthy deuce in game seven, Federer was home and dry.

Federer, a four-time champion down under, also made history by reaching the most Australian Open semifinals (13). It is also Grand Slam semifinal number 41 for the Swiss legend – another tennis record.

“I’m happy. I played as well as I could in this tournament. I never thought I would be this good. Here I am still standing in a semifinal to play Stan,” Federer said on court after his win.

“If I play Roger it will be tough to have some fans, but hopefully some will cheer for me,” Wawrinka said after his 7-6, 6-4, 6-3 win against Tsonga, a victory that included a heated argument at the first-set changeover with each accusing the other of staring at each other too long.

Federer has won 18 of his 21 matches against Wawrinka, including the most recent in London, and their last meeting at the Australian Open back in 2011.

Federer: Wimbledon has to be my biggest goal