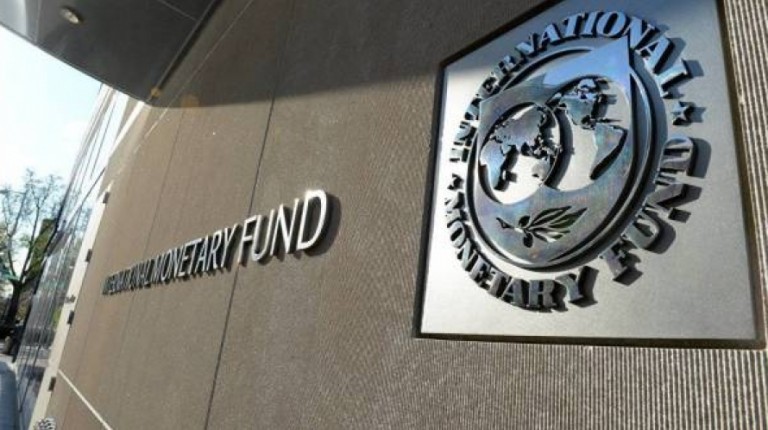 Since 2011, political and regional developments have taken a significant toll on the Egyptian economy. Underlying structural challenges and the prolonged political transition led to the build-up of macroeconomic imbalances. A significantly overvalued exchange rate undermined competitiveness and depleted reserves. Weak revenue, combined with poorly targeted subsidies and a growing public sector wage bill, resulted in large deficits and high levels of public debt.

The IMF released on Wednesday Egypt’s country report, which includes details of the Egyptian reform programme, as well as the IMF staff’s detailed studies on the outlook, and challenges facing the programme.

The main pillars of the economic reform programme

According to the IMF staff report, the Egyptian reform programme can be summarised into several main elements.

On 3 November, the Central Bank of Egypt (CBE) adopted a flexible exchange rate regime, which is meant to improve Egypt’s external competitiveness, support exports and tourism, and attract foreign investment.

Consequently, the CBE would be able to rebuild its international reserves. The IMF believes that containing inflation and bringing it down to mid-single digits over the medium-term can be achieved by controlling credit to the government and banks, as well as by strengthening the CBE’s capacity to forecast and manage liquidity, improving transparency and communication.

Secondly, in regards to fiscal policies, social protection, and financial management, Egypt’s fiscal policy will be anchored to setting public debt on a clearly declining path and restoring debt sustainability. That can be achieved by increasing tax revenues through the implementation of the value-added tax (VAT), in addition to the reduction in subsidies expenditure. At the same time, social protection programmes will be strengthened in order to replace the poorly targeted energy subsidies with programmes that directly support poor households.

“Structural reforms are critical for the success of the programme. The aim is to address deep-seated structural impediments to growth and job creation, and create an enabling environment for private sector development,” said Christine Lagarde, managing director of the IMF. “The main areas of reforms include business licensing and insolvency frameworks; public financial management, including state-owned enterprises; energy sector and subsidy reforms; and labour market reform to create jobs and increase labour market participation, especially among women and young people.”

The reform programme’s outlook and risks

According to the report, the macroeconomic medium-term prospects are favourable, provided short-term challenges can be addressed and growth-friendly policies and reforms implemented. Due to various factors, including a dynamic and young population, a large market size, a favourable location, and access to important foreign markets, the opening of the New Suez Canal last August, large investments in the energy sector, and the discovery of a major gas field also bode well for Egypt’s medium-term development.

In regards to monetary policies, the report says that the authorities plan to maintain a flexible exchange rate regime and accumulate significant international reserves to act as buffers against external shocks, strengthen credibility of the CBE, and preserve competitiveness. The programme targets the accumulation of about $5bn in 2016/2017, and to reach $33bn by the end of the programme, which is equivalent to five months of prospective imports of goods and services.

Following the implementation of the programme, a real GDP growth of 4% is expected in 2016/2017. Growth is forecasted to gradually increase to around 5-6% over the medium-term as investment and exports replace debt-financed consumption as growth engines. The investment boost is based on public investment in social and economic infrastructure, large investments in the energy sector, and the discovery of the major Zohr gas field.

GDP growth will be driven by higher investment and improvement of the net external sector, in addition to the improvement of the business climate and promotion of private sector development by easing their access to finance, and by removing constraints to starting and doing business. Better macroeconomic stability will improve market confidence and attract foreign investment, in particular foreign direct investments (FDIs). Greater exchange rate flexibility will strengthen external competitiveness and support exports. The energy subsidy reform will remove the bias towards energy and capital-intensive industries.

Although inflation is estimated to temporarily increase from around 10% in 2015/2016 to around 19% in 2016/2017, it is projected to decline to around 7% over the medium-term. The budget deficit meanwhile is expected to switch to surpluses starting from 2017/2018. These projections are based on the adjustment programme that includes considerable revenue and expenditure measures.

However, these results are dependent on controlling the public sector wage bill, implementing the next phase of energy subsidy reforms, improving the targeting of social transfers, and increasing revenue measures, which can be achieved by the introduction of a VAT at a higher rate than the current rate, improvements in tax administration, and ensuring that appropriate dividends are paid to the government by profitable public agencies.

Yet, the risks to the programme are significant. Potential fiscal slippages due to revenue shortfalls, higher than programmed wage increases, or delays in implementing expenditure measures could undermine the programme’s debt sustainability objective. Attempts to manage the exchange rate could lead to a loss of reserves or the re-emergence of a large parallel market. Failure to tighten monetary policy sufficiently could lead to a strong exchange rate, inflationary pressures, and a loss of reserves.

One of the programme’s vulnerabilities is that there are also external risks. Egypt’s own security has been vulnerable to terrorism, and it is not immune from the crises of its neighbours. As Egypt re-engages with international financial markets, global financial risks will matter more. As trade and tourism pick up, the performance of its trading partners will also be important.

Furthermore, financial support from Egypt’s international partners is a critical element of this programme.

The World Bank and the African Development Bank are strong partners in the process. Timely and generous support from China, the United Arab Emirates (UAE) and the G7 countries have made it possible to close the financing gap and bring this programme to the board. Fresh financing and rollover of debts falling due will be needed, though the need for such support will taper off by the end of the programme period.

To conclude, this reform programme can solve Egypt’s problems, improve the balance of payments, sustain reserves, and reduce vulnerability while promoting exports; thus, helping Egypt realise its full potential. However, delays in foreign exchange inflows, as well as multilateral and bilateral disbursements, could see interbank US dollar-Egyptian pound rates rise sharply. The CBE may come under pressure to limit exchange rate flexibility and it will be crucial to stay committed to programme policies and targets.