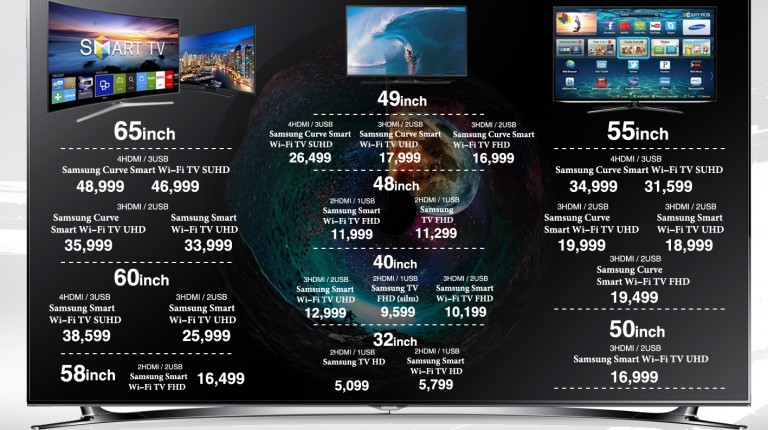 The prices of Samsung televisions saw hikes in January, with some experiencing increases of over 60%, according to the price list the company sent to its distributers on 17 January.

The price of the 32-inch smart television increased from approximately EGP 3,700 in December to about EGP 5,800 in January—an increase of 56.7%.

This January, Samsung raised the prices of its mobile phones, tablets, and some Internet of Things devices by 7-10% compared to December 2016. According to the January price list, the prices of Samsung’s smart watches increased as well.

Egypt is suffering a severe shortage in US dollar liquidity since 2015, which pushed the Central Bank of Egypt (CBE) in cooperation with the government to take many measures. These measures include setting controls for imports and customs and cancelling the majority of the maximum limits of depositing dollars, in addition to increasing the dollar’s exchange rate by 14% in the official exchange market in March 2016, before liberalising the dollar exchange rate against the Egyptian pound last November, which led to the dollar jumping to about EGP 20.