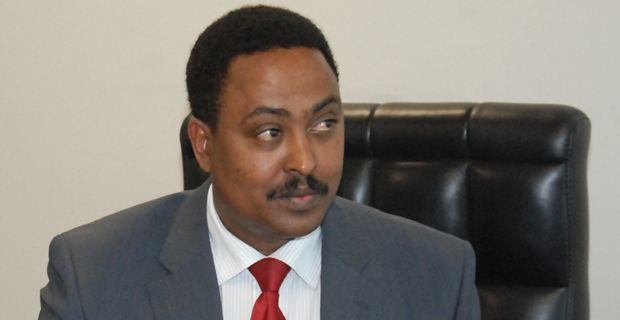 The Ethiopian government is awaiting a response from Egypt to a request that Egyptian authorities take action against alleged Egyptian institutions supporting and funding Ethiopian opposition groups, said Ethiopian foreign affairs minister Workneh Gebeyehu in an interview with Asharq Al-Awsar on Sunday.

Despite referring to such allegations, Ethiopia’s foreign affairs minister assured that the two countries remain cooperative and relations are stable.

Ethiopia has repeatedly asserted these allegations against Egypt, stating that there are institutions based in Egypt allegedly harbouring, supporting, and funding terrorist groups in Ethiopia. The Egyptian Foreign Affairs Ministry previously commented on the allegations saying that Egypt does not intervene in the internal affairs of other countries.

Daily News Egypt contacted on Monday the spokesperson of Egypt’s Ministry of Foreign Affairs, Ahmed Abou Zaid, who declined to provide clarification about the issue, asserting that the ministry will release its response soon.

However, the statements made by both Ethiopian officials appeared to contradict each other. The prime minister said that the institutions supporting the opposition in his country are Egyptian and are affiliated with the Oromo Liberation Front, while the Ethiopian foreign affairs minister said that the institutions are working from Egypt, without clarifying that they were Egyptian or of another nationality, to support Ethiopian opposition.

Ethiopia has not provided any names or details about the institutions they accuse of supporting the Ethiopian opposition.

This was not the first time that Ethiopia has stated such claims against Egypt. In early October, a video depicted members from the outlawed Oromo Liberation Front sharing a stage with what Ethiopian media described as Egyptians.

Tarek El-Khouly, a member of the parliamentary Foreign Affairs Committee, said that no such institutions exist in Egypt, and these are just allegations that Egypt has already previously denied.

The MP also said that Egypt and Ethiopia remain in good standing relations, referring to the visits of both countries’ officials to the other. However, the MP questioned whether these allegations might be in response to Egypt’s criticism that Ethiopia has been slow in initiating technical consultations over the Grand Ethiopian Renaissance Dam (GERD).

However, the Ethiopian prime minister denied in his interview such claims, saying that the dam is not the cause and it will continue to be built without having any repercussions for Egypt or Sudan.

Ethiopian refugees from the Ethiopian community based in Cairo’s Maadi neighbourhood spoke to Daily News Egypt on condition of anonymity, saying that “if these allegations are directed to the Ethiopian communities living in Egypt, this is really illogical. As refugees, we are not able to even fund our own livelihoods here, so how could we fund terrorist groups?”

The refugee assumed that Ethiopian government stance might be due to their continues rallies in front of the United Nations high commissioner for refugees (UNHCR) office in Cairo to protest against the Ethiopian government’s violations against opposition groups in their homeland.

He added that the Ethiopian government is trying to divert people’s attention away from their violations against opposition in the country.

The Ethiopian prime minister previously said that his country doesn’t need to refer to intelligence findings to obtain information regarding these institutions, since the information is already available on the internet and on Egyptian media outlets.

The opposition groups in Ethiopia consist of the two largest ethnic groups: the Oromo and Amhara peoples.  Dozens of Ethiopians have fled their country after being labeled as terrorists due to their opposition against the country’s policies.

A significant portion of these communities have fled Ethiopia due to the persecution and violent treatment carried out against them by the state.

Around 1,000 individuals from both groups will soon face trial, due to their alleged involvement in acts of vandalism acts, according to Ethiopia’s foreign affairs minister.