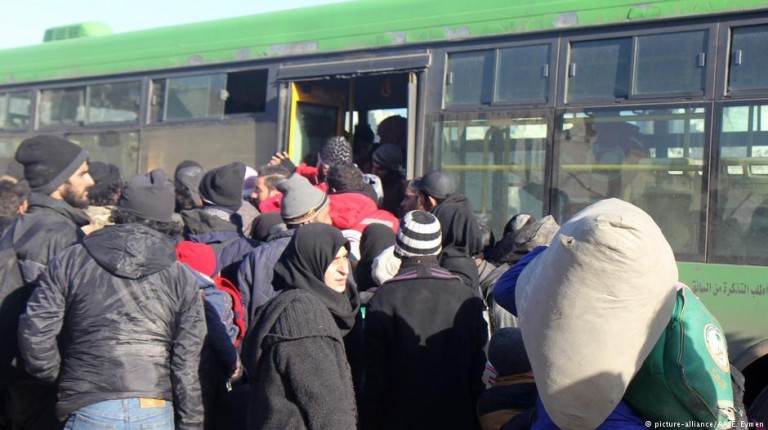 Up to 400 people have been evacuated from the rebel-held enclave of east Aleppo, according to UN officials and independent monitoring groups.

At least five buses carrying the evacuees left the city after evacuation efforts collapsed on Friday due to an increase in fighting in rebel-held areas.

“Finally, five buses and one ambulance escorted by the Syrian Red Crescent in Aleppo and the Red Cross in Syria just left dark and cold east Aleppo. Hopeful operation will proceed smoothly,” he said.

According to the UN, around 40,000 civilians remain trapped in Aleppo, which has witnessed a bloody campaign by regime forces backed by Russian airstrikes regain much of the city.

The evacuation comes as the UN Security Council prepares to vote on a compromise draft resolution on Monday that would mandate the immediate deployment of UN monitors to observe the process.

Samantha Power, US ambassador to the UN, said the resolution would place more than 100 personnel on the ground to monitor evacuation efforts, which have been coordinated by Turkey, Russia and the Syrian regime.

“The text contains all the elements for safe, secure, dignified evacuation, for humanitarian access to those who choose to remain in eastern Aleppo,” Power said.

More than 300,000 people have been killed and half the population displaced in Syria since 2011, when government forces launched a brutal crackdown on peaceful protesters calling for President Bashar al-Assad to step down.

Since then, the conflict has splintered into a multifaceted civil war and fueled an insurgency launched by “Islamic State” militants.