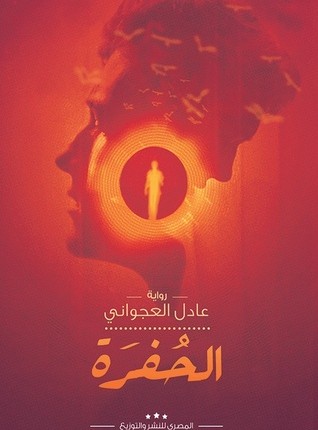 Agwany begins the book with a short declaration to readers telling them that this story is about them, that they are the main character, and that they are going to lose their minds. Such a disclaimer is extremely intriguing and even a bit scary if you are a middle-aged smoker who is married with kids. Unfortunately, the author’s description of the main character excludes many of the readers who are not middle-aged male smokers who are married with kids. However, this alienation does not extend to the storyline itself, as the struggles and confusion experienced by the character(s) of the story are very real ones in society and anyone could relate to them and see their own tragedies reflected in those of Agwany’s characters.

At some points, the story is hard to follow, as one circle of delusions takes you into another, but through this loop, you reach the truth.

An interesting thing about The Hole is that the idea of The Hole is expansive.  Every reader comes out with a different explanation of what The Hole represents, and all these explanations are correct. The Hole could symbolise suffocating under societal norms, it could be the illusion of success according to the standards of the modern world, it could mean an identity crisis, or it could simply mean depression.

Readers of The Hole have had varying opinions and explanations about the novel, but the thing most agree on is that the story is intriguing. Once you read a couple of pages, you’re hooked and it becomes harder and harder to put the book down.

This type of novel is unusual for Egyptian writers who fear the fantasy genre and writing about deep psychological issues. However, Agwany handles it with exceptional talent and simplicity, making it relatable and not overly complicated for the reader. The language of the book is smooth and fluent; most of it is in the form of first person narration by the protagonists, with brief parts commentary by the author. So far this novel has only been published in Arabic, and has yet to be translated to any foreign language.

His experience in the field of psychiatry allows Agwany the capability to go inside his reader’s minds, exciting them, and piquing their curiosity until they lose themselves in the book completely. The Hole does not end with the last lines of the book, it stays in the readers’ heads for much longer, making them wonder whether they have really finished the book or if they are still stuck in that hole.

The Hole is Agwany’s first published work, and his readers agree that it is worthy of far more recognition that it has received since its publication by Dar Almasry in 2014. This praise puts Agwany under a lot of pressure as he has set the standards for himself so high.

If this novel gives any useful advice, it would be that you should not stare at your reflection in the mirror for long, and that one day if your reflection tries to reach out to you, don’t run. You may need to know what it has to say. It might save you from The Hole.

Marilyn Monroe: The myth, the muse, the legend

Alaa al-Aswany: ‘I write to defend freedom, to defend democracy’